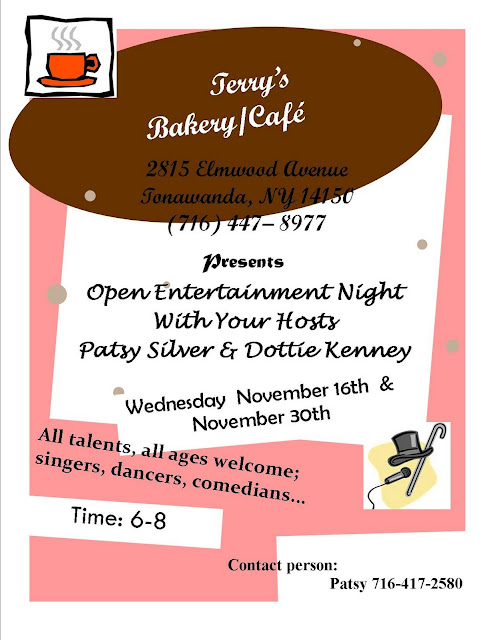 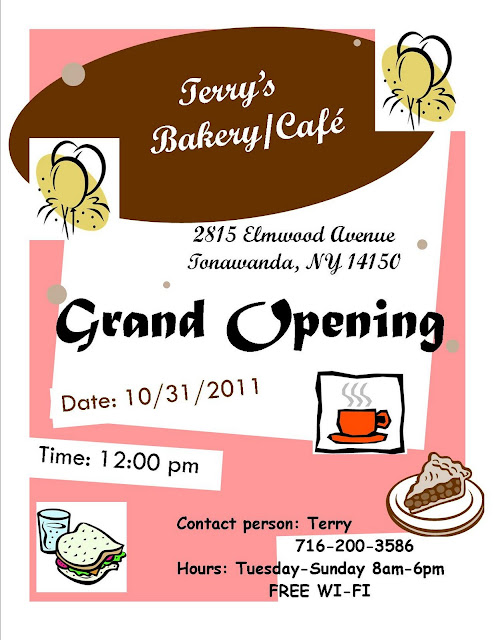 Terry's Bakery/Cafe Presents Open Entertainment Night with hosts Patsy Silver & Dottie Kenney! Wedenesday, November 16th & 30th 6-9pm.
Singers, Dancers and Comedians of All Talents and All Ages Are Welcome!
See the flyer at the very top for complete information on how you be a part of the show! 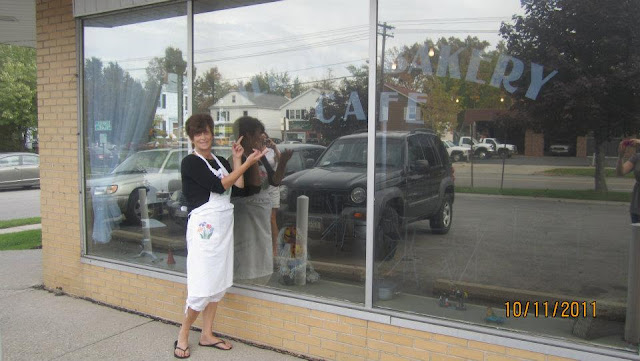 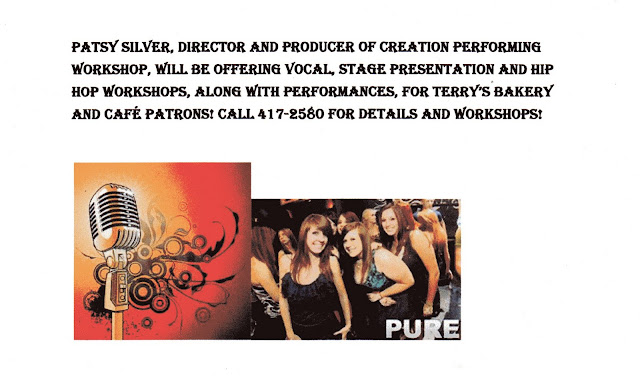 Posted by Joe Tell's Music Blog at 5:39 PM No comments: Links to this post

Bone Deep - Snap CD Review, this CD is from 2008. Bone Deep is Rick Allen on Vocals (currently with Grand Illusion), Russ Vesci on Guitars (currently with Takken), Brian Scranton on Bass(currently playing Guitar for Grand Illusion) and Mark Collichia on Drums. CD was lent to me by Dan the Man from City Streets, the Stump Jump n Boogie Band and Forever Green, these 3 bands can be found on Reverbnation. Takken can be found on Facebook and Reverbnation and Grand Illusion can be found on Facebook.
Article is dedicated to the memory of Mike Piazza.
Check out my review...
www.associatedcontent.com/article/9005219/bone_deep_snap_cd_review_.html?cat=33
Posted by Joe Tell's Music Blog at 7:37 PM No comments: Links to this post 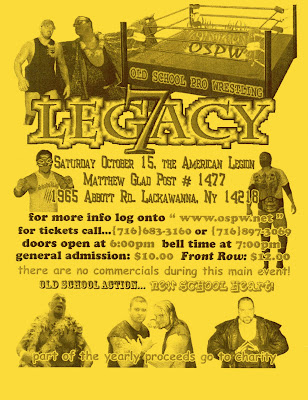 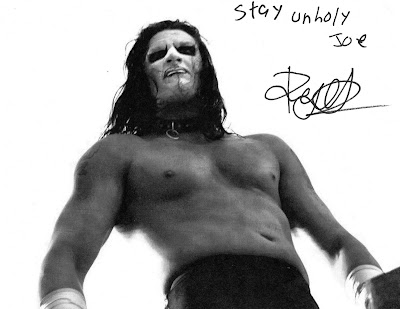 The O.S.P.W. (Old School Pro Wrestling) is a local independent wrestling organization that puts on action packed live pro wrestling shows in the WNY area. The OSPW is also featured on the local public access sports show Sportsblast.
I would like to Thank the Unholy RYOT for signing his picture for me @ The WNY Toy, Comic & Collectable Show over the weekend.
The Unholy RYOT is the real deal, he has held the E.S.W. & the O.S.P.W. Tag Team Title, the N.E.W. World Title and the N.E.W. North Eastern Title.
The Unholy RYOT can be found on Facebook and on the OSPW website.
www.ospw.net
Posted by Joe Tell's Music Blog at 8:28 AM No comments: Links to this post

I know that this blog is supposed to be about music and stuff like that but I felt a strong urge to comment on a somewhat strange and reoccuring thing that's been happening alot lately in the WNY area, Storefront crashes. Since the occurences of drivers crashing through storefronts is on the rise lately (15 crashes since August) and they have resulted is a few fatalities, I wanted to share a few thoughts my wife & I had on the issue.
My wife, Maria suggested that the spirit of someone who was adversely affected by a crash (maybe someone who was killed..?) may be possessing and taking over drivers and making them crash to gain their revenge. Like some sort of weird, paranormal movie plot.
This is an interesting thought to say the least...

I had a couple of thoughts of my own to share.
Some of the end results of the crashes may be good and at the same time bad for some parts of the local economy, the insurance rates go up for the crashed vehicles and local contractors are being put to work to fix the damages caused by the vehicles. However the places that the people crash into may be adversely affected because they may or may not be able to afford to pay out the deductibles on their property insurance to fix the damages. The insurance companies involved will probably have to pay out monies above and beyond the deductibles to cover the damage. My thoughts are that the good and bad costs may even themselves out in the end...?
However, there may be some sort of hidden, convoluted connection between the bad economy, people needing to make money to survive and the positive results the crashes have on certain types of businesses. Don't get me wrong, I'm not accusing anybody of anything, it's just a fleeting thought I had while I was driving home from open mic last night.

If New York State passes some new law or bill that requires concrete posts or barriers to be installed in front of stores to prevent these types of accidents, the businesses that install these types of barriers will benefit tremendously. A new law requiring these barriers should be seriously considered since a few people have lost their lives as a end result of a few of these crashes. It should only take 1 death to pass a new bill or law, how many more people have to die before something is done by local lawmakers? Concrete posts or barriers may not be enough to stop vehicles! You may as well build a brick or concrete wall, and even this may not be enough to stop vehicles moving at high rates of speed! Better yet, why not just dig a moat between your business and any nearby cars, fill it with water, surround it with barbed wire and put in a couple of hungry crocodiles so if an incompetent driver or two, drives into your moat, either on purpose or by accident, they can be eaten up by a crocodile and removed from society thereby making our nearby highways and byways safer places to drive for everyone...
(Just kidding, folks!)

Cell phones and texting maybe to blame, if someone is too busy talking on their cell phone or texting while driving, they are dangerously distracted and aren't paying enough attention to how fast, where they're vehicle is headed and how long it will take to come to a complete stop before hitting something. Yesterday a 19 year old girl was to blame for a crash, was she texting or talking on her cell phone? It's a good question to ask, I would be interested in the answer. Last I heard cell phone use and texting while driving is illegal in New York State.

Overly busy storefronts could be a valid cause, all the signage that stores put up to draw the public in can be a distraction. If someone is too busy reading a loud, colorful, distracting storefront sign while they're driving up to a store they plan on entering, they could be negatively distracted, which may lead to an accident.

Drivers who are over the age of 65 may be lacking the safe driving skills they once had. A 74 year old woman was to blame for the other local accident that happened yesterday. There have been some rumblings by the general public for at least the past 10 years or so that licensed drivers over the age of 65 should be required to take a driving test to reassess their driving skills. The results of a test like this would determine driving competency therefore allowing competent drivers over the age of 65 to continue driving. Uncompetent drivers who fail the test would and should permanently lose their driving privileges as a result.

Any prescription medications and the effects they have on drivers, young and old, should be taken into consideration. If a new driver fails their driving test as a result of some medication they may be taking they shouldn't be allowed to drive.
On the other hand, if there are any seniors out there who are currently driving and they're driving skills are adversely affected because of advanced age as well as being negatively affected by a prescribed medication, in my humble opinion, they are an accident waiting to happen.

I've also heard some people say that the drivers to blame are at fault because they are confusing the gas pedal with the brake pedal, in my opinion this a lame excuse. If this was a valid excuse people would be crashing into things like other drivers, pedestrians and places of business all the time! Deadly crashes would be taking place 24/7, night and day, virtually nonstop on busy streets, open roads and parking lots all over the world!

Whatever the case may be I think the general public should consider the proximity between where they sit in a public restaurant and how close their seat is to a public parking lot or street. They should also consider how close their seat is to the front of the building and how close it is to moving vehicles. If a car came barreling toward you while inside a public place would you or better yet, could you be hit by the vehicle? I realize that if God says it's your time to go you won't have much of a choice, but with all the accidents that have been happening lately and especially if young children are involved you may want to reconsider where you may be sitting the next time you patronize a local restaurant or business. If you have to move to a safer seat or booth to feel more comfortable, by all means please do so, considering that these types of accidents on happening on a daily basis your life and the lives of your children may depend on it.
Posted by Joe Tell's Music Blog at 9:47 PM No comments: Links to this post 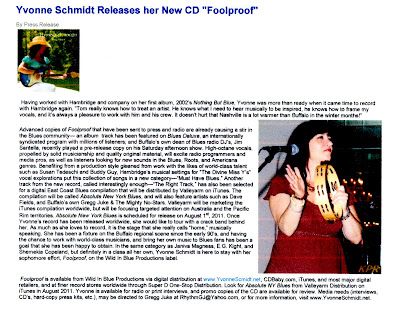 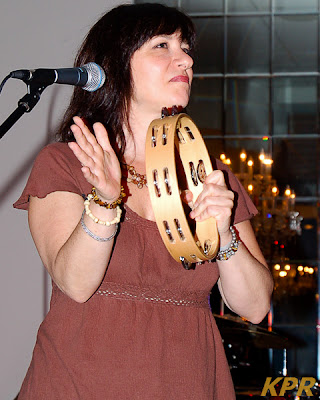 New release "Foolproof" by Yvonne Schmidt. Check out http://www.yvonneschmidt.net/ to get your copy today!


Having worked with Hambridge and company on her first album, 2002's Nothing But Blue, Yvonne was more than ready when it came time to record with Hambridge again. "Tom really knows how to treat an artist. He knows what I need to hear musically to be inspired, he knows how to frame my vocals, and it's always a pleasure to work with him and his crew. It doesn't hurt that Nashville is a lot warmer than Buffalo in the winter months!"


Advanced copies of Foolproof that have been sent to press and radio are already causing a stir in the Blues community- an album track has been featured on Blues Deluxe, an internationally syndicated program with millions of listeners, and DJ's across North America, from Hawaii to the Virgin Islands, have given it a warm reception.


Foolproof charted at Number 45 on both the Cashbox and Roots Music Report Blues Charts for the week of July 22nd.


High-octane vocals, propelled by solid musicianship and quality original material, will excite radio programmers and media pros, as well as listeners looking for new sounds in the Blues, Roots, and Americana genres. Benefiting from a production style gleaned from work with the likes of world-class talent such as Susan Tedeschi and Buddy Guy, Hambridge's musical settings for "The Divine Miss Y's" vocal explorations put this collection of songs in a new category-"Must Have Blues." Another track from the new record, called interestingly enough-"The Right Track," has also been selected for a digital East Coast Blues compilation that will be distributed by Valleyarm on iTunes. The compilation will be called Absolute New York Blues, and will also feature artists such as Dave Fields, and Buffalo's own Gregg Juke & The Mighty No-Stars. Valleyarm will be marketing the iTunes compilation worldwide, but will be focusing targeted attention on Australia and the Pacific Rim territories. Absolute New York Blues is scheduled for release on August 1st, 2011.


As much as she loves to record, it is the stage that she really calls "home," musically speaking. She has been a fixture on the Buffalo regional scene since the early 90's, and having the chance to work with world-class musicians, and bring her own music to Blues fans has been a goal that she has been happy to obtain. In the same category as Janiva Magness, E.G. Kight, and Shemekia Copeland, but definitely in a class all her own, Yvonne Schmidt is here to stay with her sophomore effort, Foolproof, on the Wild In Blue Productions label.


Foolproof is available from Wild In Blue Productions via digital distribution at www.YvonneSchmidt.net , www.CDBaby.com, iTunes, and most major digital retailers, and at finer record stores worldwide through Super D One-Stop Distribution. Look for Absolute NY Blues from Valleyarm Distribution on iTunes in August 2011.