The Hathaway Family Plot is a musician living in Buffalo, New York, whose mission is to make music with whatever is at hand. This is not "important" music, nor is it particularly functional. It is simply honest and urgently felt.
All music is under an "Attribution - Non-Commercial - Share Alike" Creative Commons License.
If you have questions about potential use, please contact the artist.
https://thehathawayfamilyplot.bandcamp.com/ 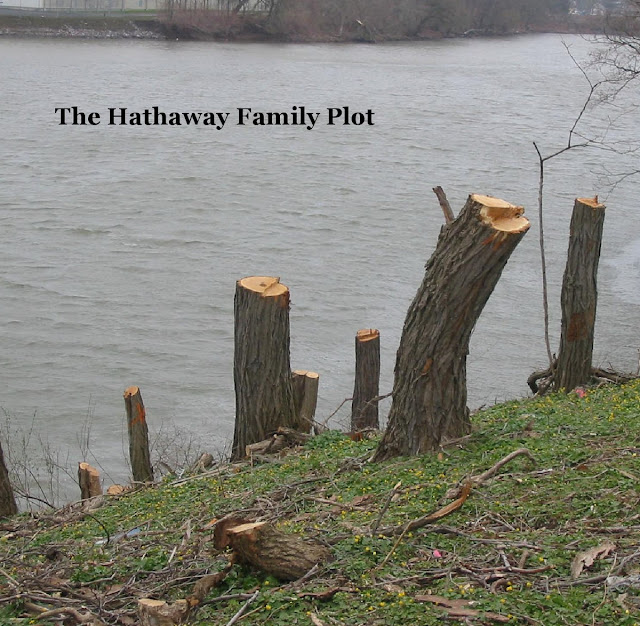 The Hathaway Family Plot's seventh album is a collection of songs written in the first 2/3s of 2016. They seem to have recurring themes of truth, reality, authenticity, belonging, etc.
Released January 12, 2017
http://freemusicarchive.org/music/The_Hathaway_Family_Plot/Mechanics_in_the_Age_of_Artistic_Reproduction/

Thank You, Kevin!
Posted by Joe Tell's Music Blog at 2:02 AM No comments: Links to this post


I love the game of ice hockey. My friends and I were huge Buffalo Sabres fans growing up. I attended a few games as my friends dad had season tickets. Back then the Sabres were competitive enough to be a part of the Stanley Cup finals in '75. One lasting memory is the fog game in which Jim Lorentz swatted a bat out of the air, killing it. 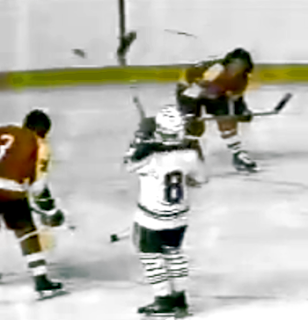 Wishing the current Sabres team was more competitive I have noticed a trend when the team carries the puck into the offensive zone. Too many passes in an attempt to secure a goal before shooting the puck on net. A single pass can have a negative result if the puck is missed by the intended recipient. Or the pass can be intercepted by an opposing defense-man resulting in a turnover. Every pass attempted before shooting increases the chance of a negative result.
However if the player who carries the puck into the offensive zone attempts a shot on net the end result can have a positive outcome. Here are some examples of a shot taken directly on the net as the puck is carried into the offensive zone...
1. The absolute best result is a goal. If the goalie is caught off guard by the initial shot the puck may end up in the back of the net.
2. The goaltender may cough up a juicy rebound that can be picked up by the shooter or a player coming into the offensive zone. Again a shot on net is better but by this time a pass can be attempted as the wingers hone in on the goal. A good pass can result in a goal at this point as the goalie may be screened by his defense man or an opposing player.
3. The goalie may choose to freeze the initial shot resulting in a face off in the offensive zone.
The important thing to remember is every shot on net can result in a goal, the more shots attempted the better. I have never claimed to be a expert on the game of hockey but over the years I have noticed that a initial shot as the offense rushes toward the net is the best way to go about trying to score a goal. After gaining the lead a team can pass the puck around as much as they want to try and run down the clock. Especially in the 3rd period. Any comments are welcome.

Posted by Joe Tell's Music Blog at 9:48 AM No comments: Links to this post 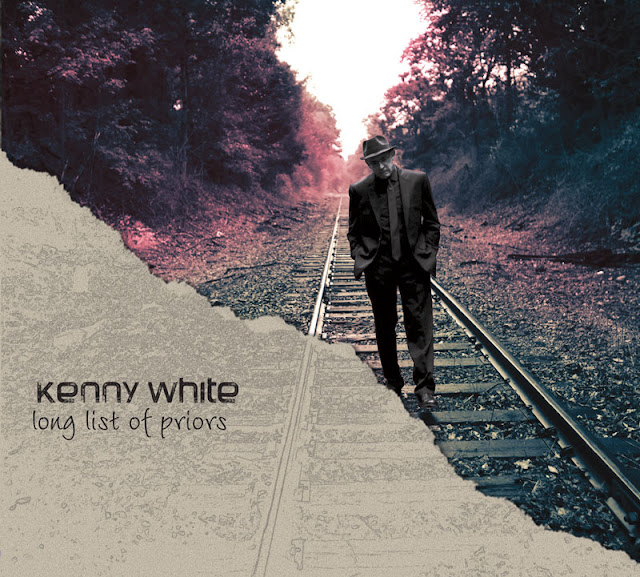 Kenny White "Long List Of Priors" CD review by Joe Tell.
Kenny White is a well established, highly accomplished and respected musician veteran. Kenny is part of a dying breed of brilliant songwriters who prefer musical restraint and quality sounds over loud brashness. Long List Of Priors touches on many genres but can be described as Americana with rock, ragtime and jazz influences thrown in for good measure.
(The CD title and song titles are in lower case but I will use upper lower in the review.)

Long List Of Priors starts off with A Road Less Traveled. The intro creeps in with many sounds that drew my ear in and left me wondering what type of song this would end up to be. A simple yet melodic piano line drives the song along in style. Kenny's interesting lyrics provide plenty of color and confirm his talent for great songwriting. David Crosby of Crosby, Stills, Nash and Young fame provides background vocals. 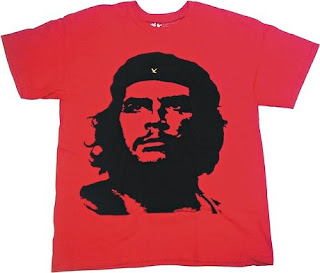 Che Guevara is my favorite song (so far) on Long List Of Priors. The lyric claims that Che Guevara is not fashionable any more. Writing a song claiming this proves that Kenny is hip to the jive. The song celebrates all things bohemian. Duke Levine provides the cool sound only a lead guitar can bring to the soundscape. A violin, viola, and cello track adds the finishing touches to the artful song. Jazz veteran Catherine Russell and Amy Helm provide background vocals.
Another Bell Unanswered is a love gone wrong anthem to the heartbroken. Kenny's lyrics provide a unique view on the sorry subject of a love that is lost. David Crosby provides background vocals. Award winning instrumentalist, Larry Campbell, provides electric guitar.
Cyberspace is a commentary on the internet and all the things contained therein. The melody is driven by a piano line except for the solo section which turns into a country groove.
The Other Shore is a very well written song. The song could fit right in on any movie soundtrack. I interpreted the lyrics to be about the massive influx of immigrants that entered NY harbor in the early part of the 20th century.
Glad-Handed is a uptempo happier-sounding melody than the last song. Peter Wolf of J. Geils Band fame provides harmonica and some lead vocals. Glad-Handed is a rocker that appears to be about the ups and downs of the music industry.
Lights Over Broadway begins with a melancholic piano line. The jazz tinged tune reminded me of Steely Dan at times.
Charleston is a poignant song about the 2015 church shooting that took place in Charleston, South Carolina. This song would fit right in on a documentary about the mass shooting. Ada Dyer does a fantastic job on the duet vocal.
The Moon Is Low is a solo vocal/piano piece about the in's and out's of closing time at a watering hole.
West L.A. is a smart song that reminded me of Randy Newman. A ragtime piano figure turns into a great melody inspired by New Orleans jazz. One of the best songs on Long List Of Priors.
Color Of The Sky has a nice percussion track, the lyrics speak of a love that is lost and the yearnings that follow.
4000 Reasons To Run and The Olives and The Grapes follow in the same suit as the rest of the songs, closing out the CD. 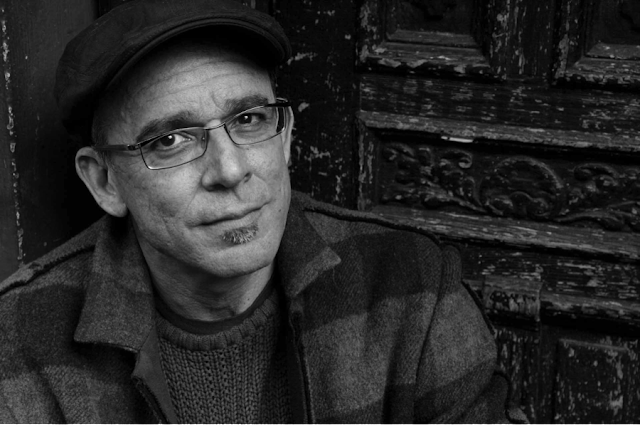 Kenny's newly released album, LONG LIST OF PRIORS, is aptly named, because he spent decades touring as keyboard player in bands including Jonathan Edwards and Livingston Taylor, He then became one of NYC's most successful record producer and arranger of TV ads. Although he left it all in 2001 to write and tour on behalf of his own humorous and heart-stirring songs of the human condition, he produced Peter Wolf's last four albums. They include the Rolling Stone cited “Essential” FOOL'S PARADE, and SLEEPLESS, one of the “500 Greatest Albums of All Time.” Kenny plays keyboards and sings on all four recordings. This Peter Wolf tour, therefore, is a rare event featuring Kenny as guest artist on keyboards, along with Duke Levine on guitar and Marty Ballou on bass, both also members of Kenny's LONG LIST OF PRIORS band. Peter Wolf makes a guest appearance on Kenny's album (along with David Crosby, Larry Campbell and others). 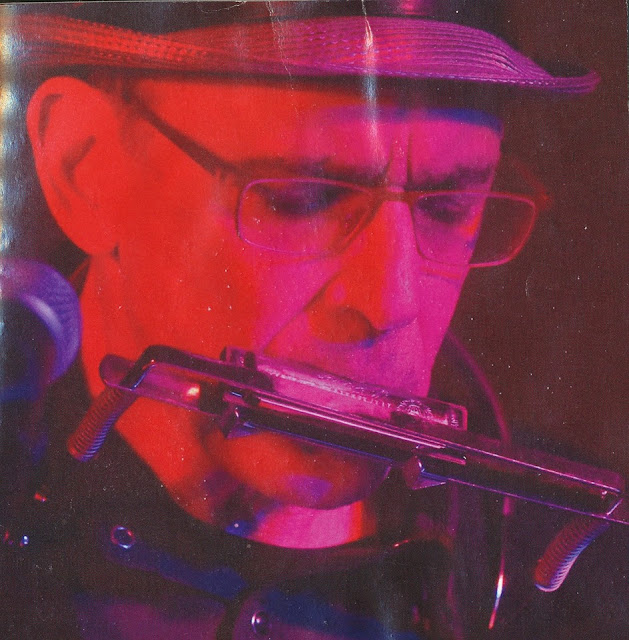 Short Bio: Born in New York City and raised across the river in Fort Lee, New Jersey, Kenny White began his career in the 1970s, touring exclusively as the keyboard player for Jonathan Edwards and Livingston Taylor, with whom he opened Linda Ronstadt’s legendary, “Living in the USA” tour.  He then became a fixture in the NYC studio scene throughout the 1980s and 1990s, producing and arranging literally hundreds of commercials for TV and radio, beginning with “The Unsinkable Taste of Cheerios,” nearly seven years of Chevrolet’s “Heartbeat of America” campaign, and countless ads for the Coca Cola company. Commercial work enabled White to direct artists as renowned and varied as Gladys Knight, Ms. Ronstadt, Mavis Staples, Ricky Skaggs, and Aaron Neville.

Kenny White’s record producing credits include Shawn Colvin’s Grammy-nominated song, “I Don’t Know Why,” as well as the last four solo CDs for Peter Wolf, formerly with the J. Geils Band:  FOOL’S PARADE, SLEEPLESS (named one of Rolling Stone’s “500 Greatest Albums of All Time”), MIDNIGHT SOUVENIRS, which debuted at #45, and the 2016 release A CURE FOR LONELINESS, which reached #23 on the Americana chart in its first 6 weeks. Kenny often joins Wolf’s Midnight Ramblers band on tour.  The productions with Wolf afforded Kenny the opportunity to work with an array of guest artists including Mick Jagger, Merle Haggard, Shelby Lynne, Steve Earle, Neko Case, and to record a track side by side with Keith Richards.  Robert Plant was recently sighted in rapt attention at one of White’s solo shows in the UK and Jackson Browne, the same, at one of Kenny’s L.A. shows.

He still, from time to time, tours with Judy Collins throughout North America and performs the duet “Veterans’ Day” on her recent BOHEMIAN CD.  He often shares a stage with his good friend Cheryl Wheeler, appearing on her live recording, GREETINGS, which he also produced. And though he has all but given up his days as a sideman, in 2014, he accepted an offer by none other than Tom Jones to play in his ‘soul quartet’ for a sold-out, three week US tour.

Posted by Joe Tell's Music Blog at 5:43 PM No comments: Links to this post 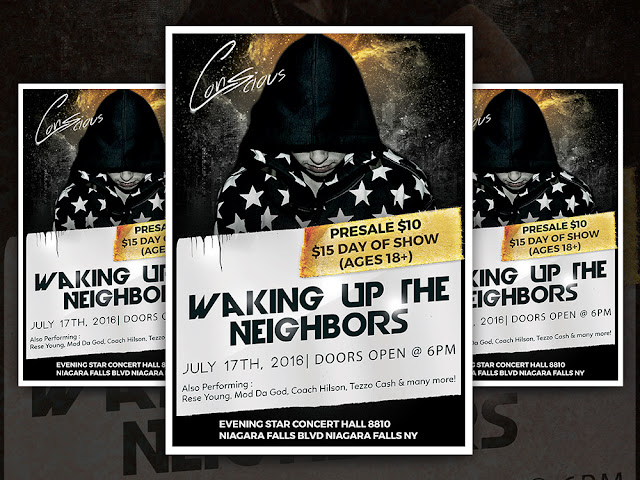 Brett Prusinski going under stage name "Conscious" is a 22yr old Western New York native. Conscious is best known for being featured on AM Buffalo and working alongside national touring acts such as Steven Cooper, Mc Lars, Mega Ran & Mark Battles. Conscious recently headlined his mix tape release show "Waking Up The Neighbors" which was greeted with an outstanding crowd response. Conscious brings melodic, sensual vibes packed with witty, emotional and memorable lyrical verses that matches over unique and funky production. Along with a pure flow Conscious provides the listener with a voice that is said to be "powerful and made to move crowds". Conscious's creativity expands over many art forms as he is involved in every end of the production including writing all of his own lyrics, directing and editing all videography & photography. Conscious has quickly made his footprint in his hometown of Buffalo, New York and has created a great presence online from numerous viral videos that have accumulated an increasing following that has started a movement referred to as #TeamConscious.  Be on the look out for more from Conscious as time progresses. 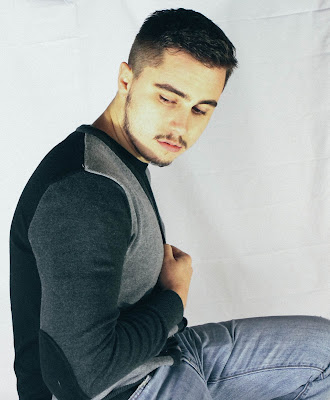 Posted by Joe Tell's Music Blog at 8:12 PM No comments: Links to this post