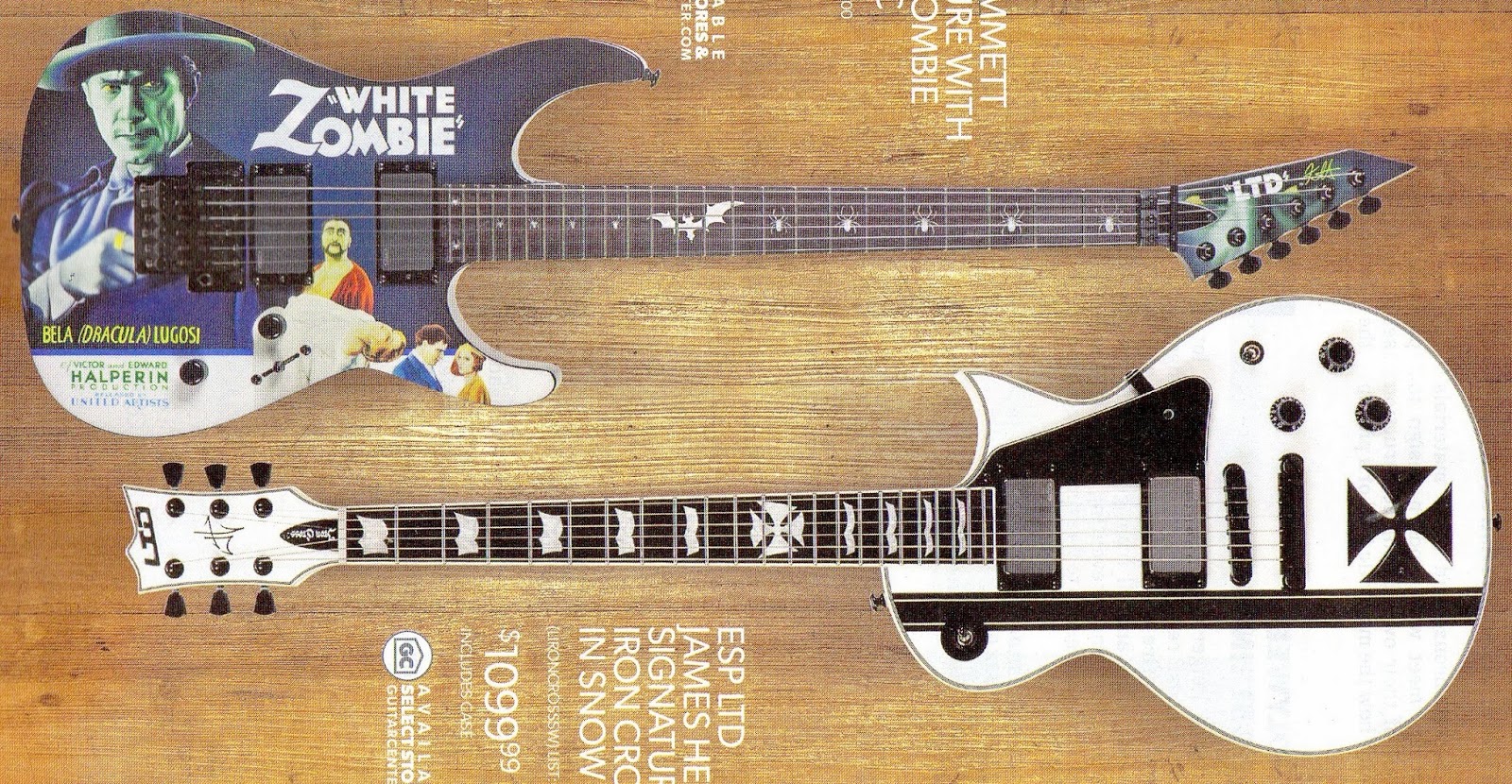 Kirk Hammett has been sporting some cool, horror movie based, custom finished guitars lately so I thought I would post a few of them on my blog since I am a fan of Metallica, horror movies and guitars.
First off is the most recent "White Zombie" (WZ) superstrat ESP model that G.C. displayed in it's most recent mailer. WZ is a Bela Lugosi horror film from 1932 and it's considered the first full length zombie film. The film has influenced many other zombie and horror films. The movie's influence has even influenced a few, prominent metal musicians as well. 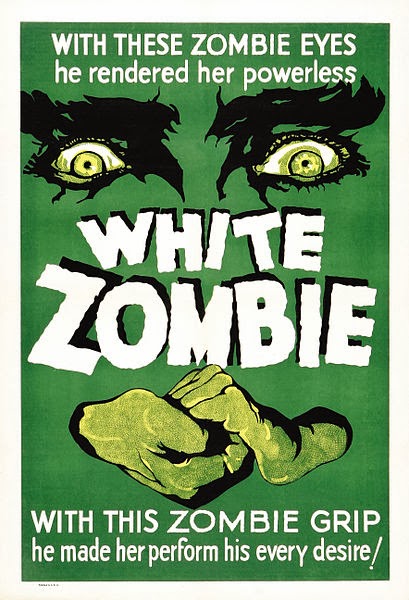 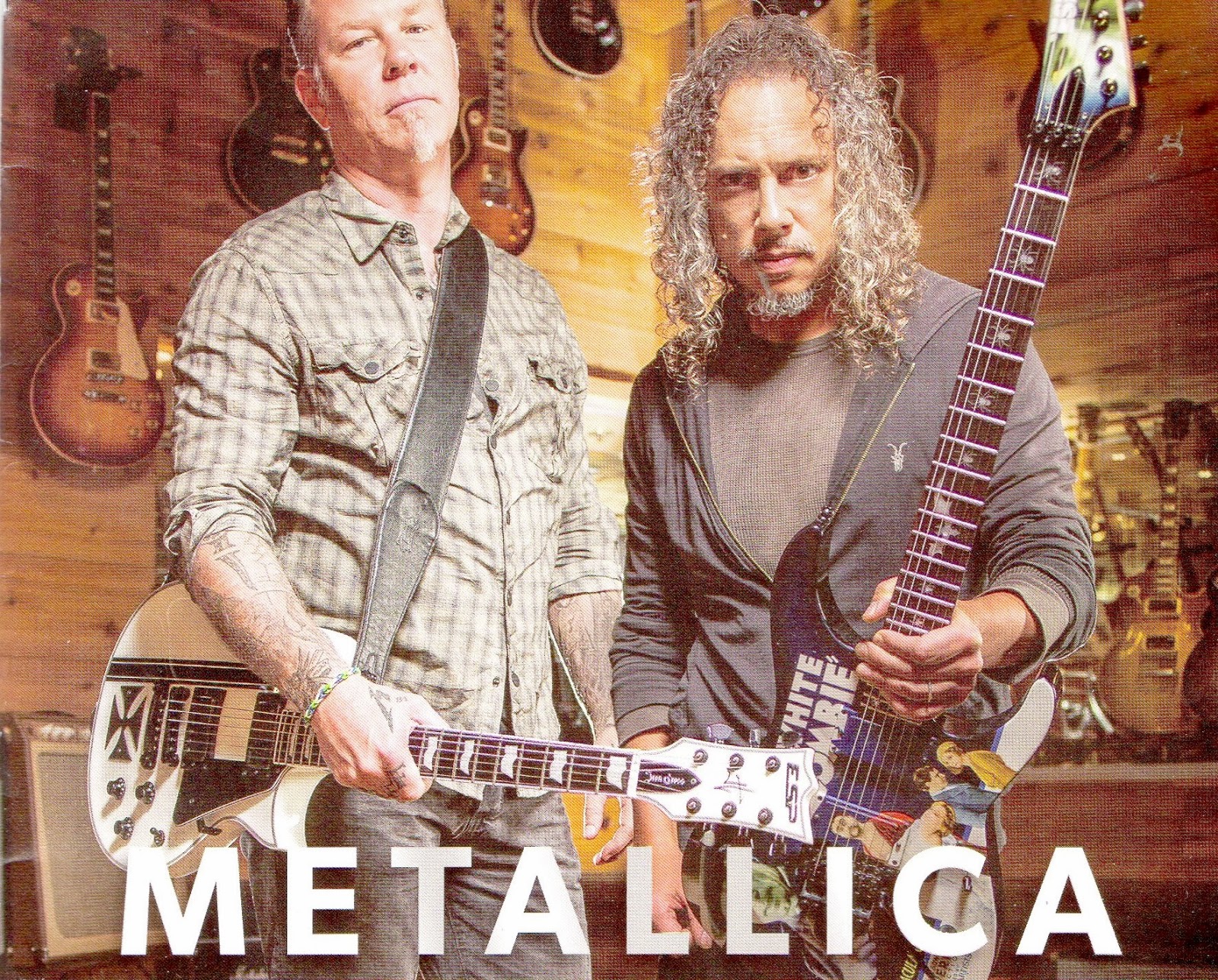 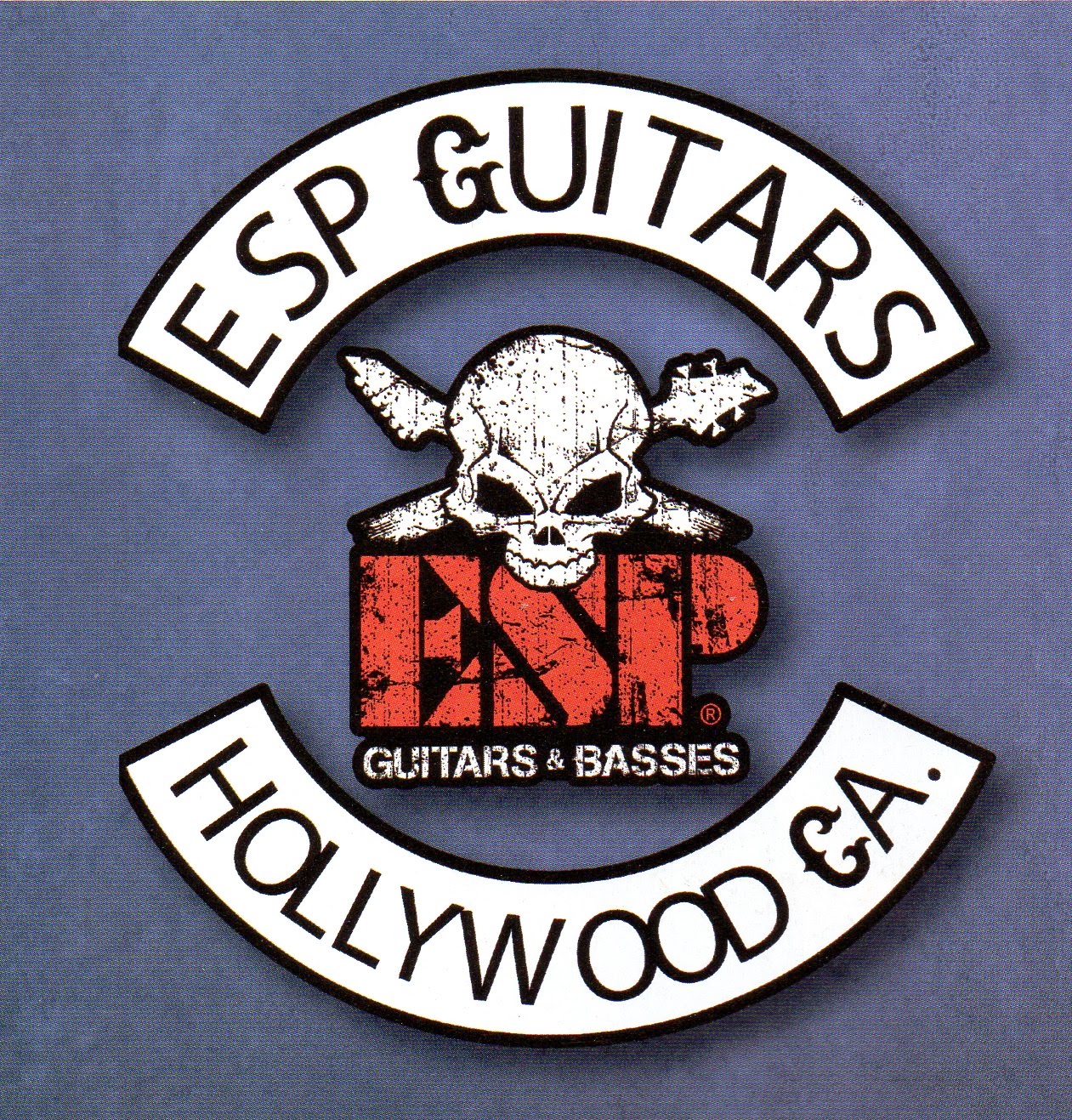 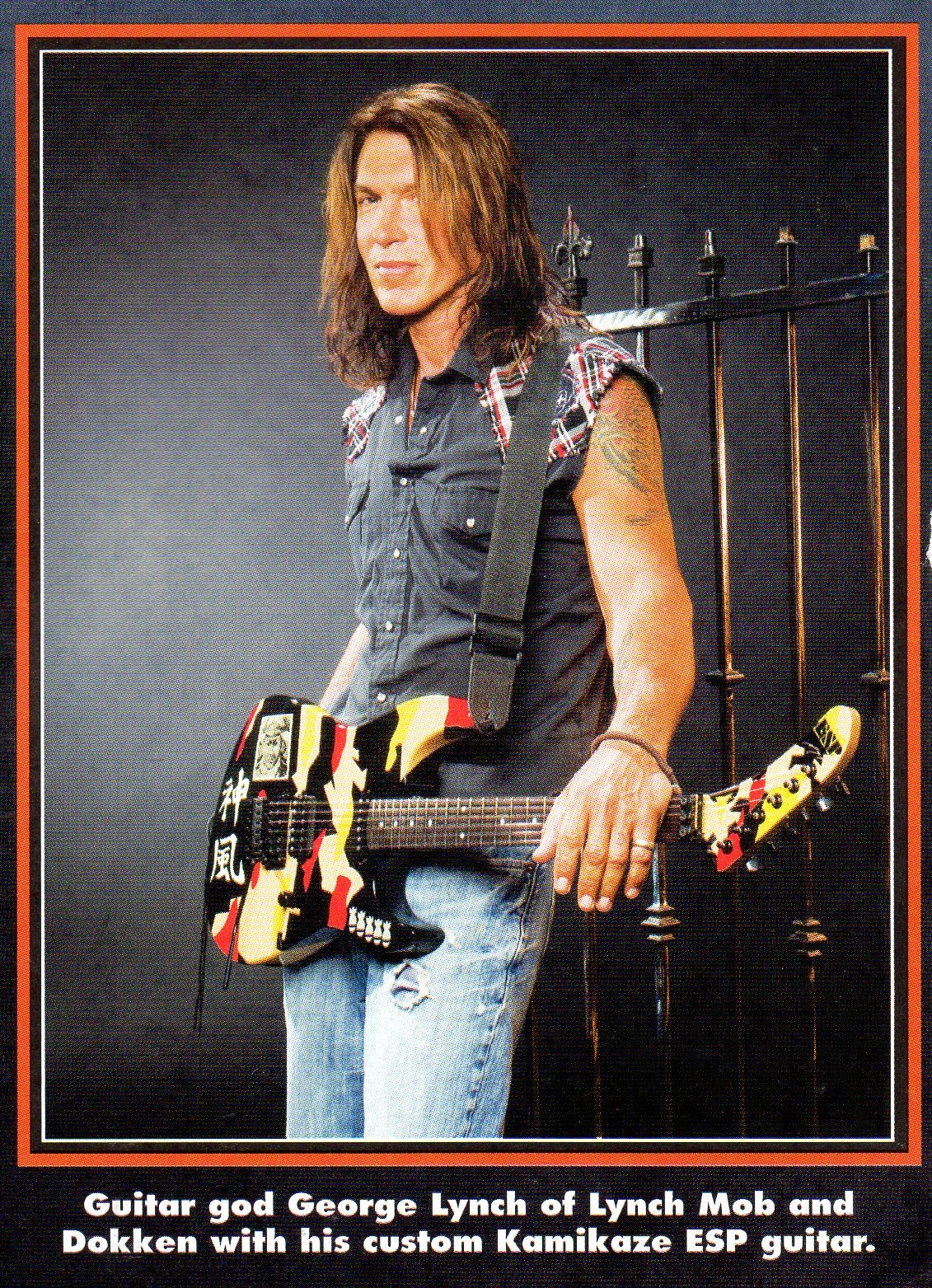 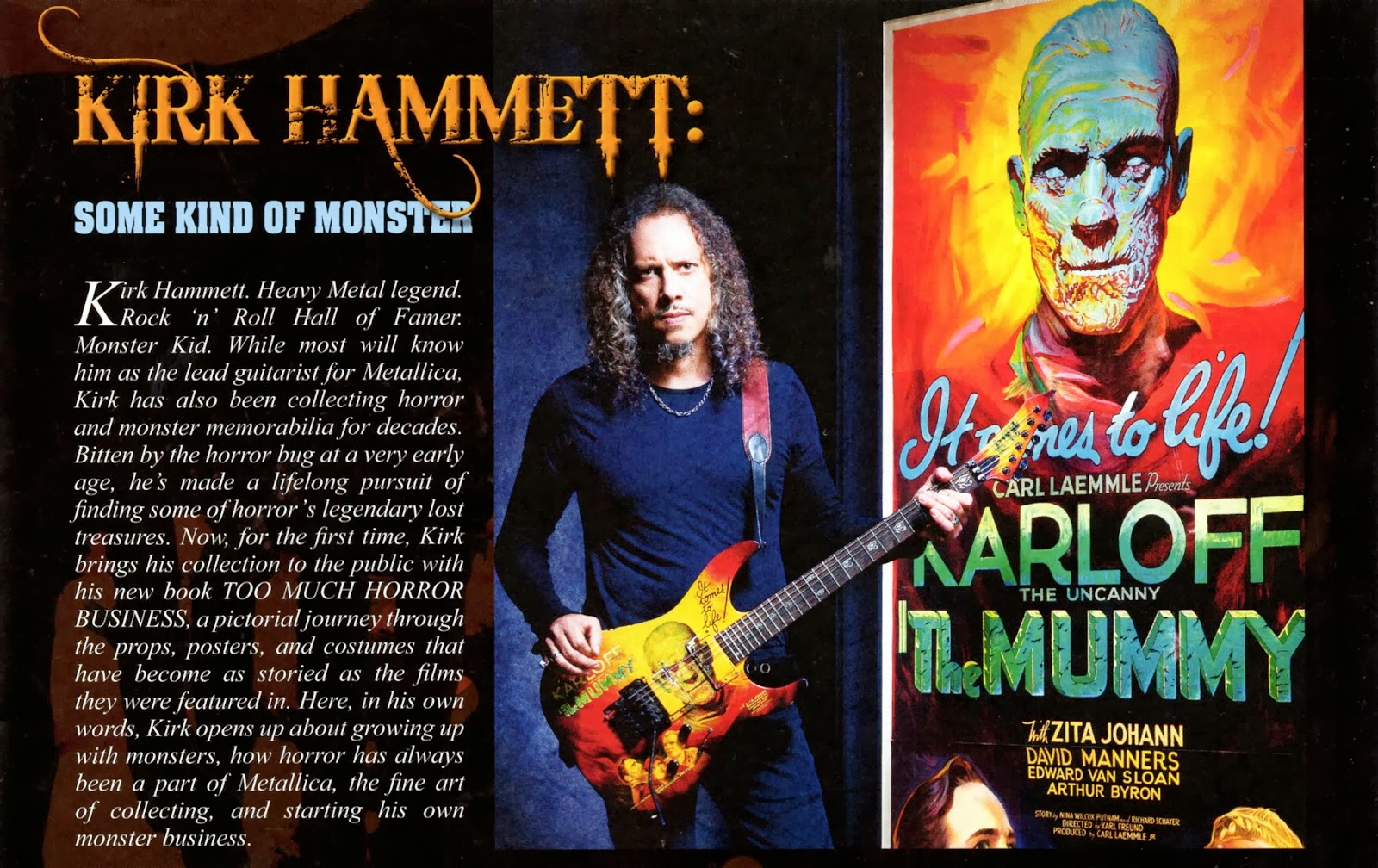 Here's another custom, ESP guitar inspired by the original, 1932 horror film, The Mummy. 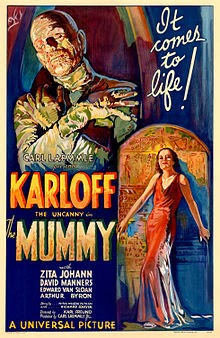 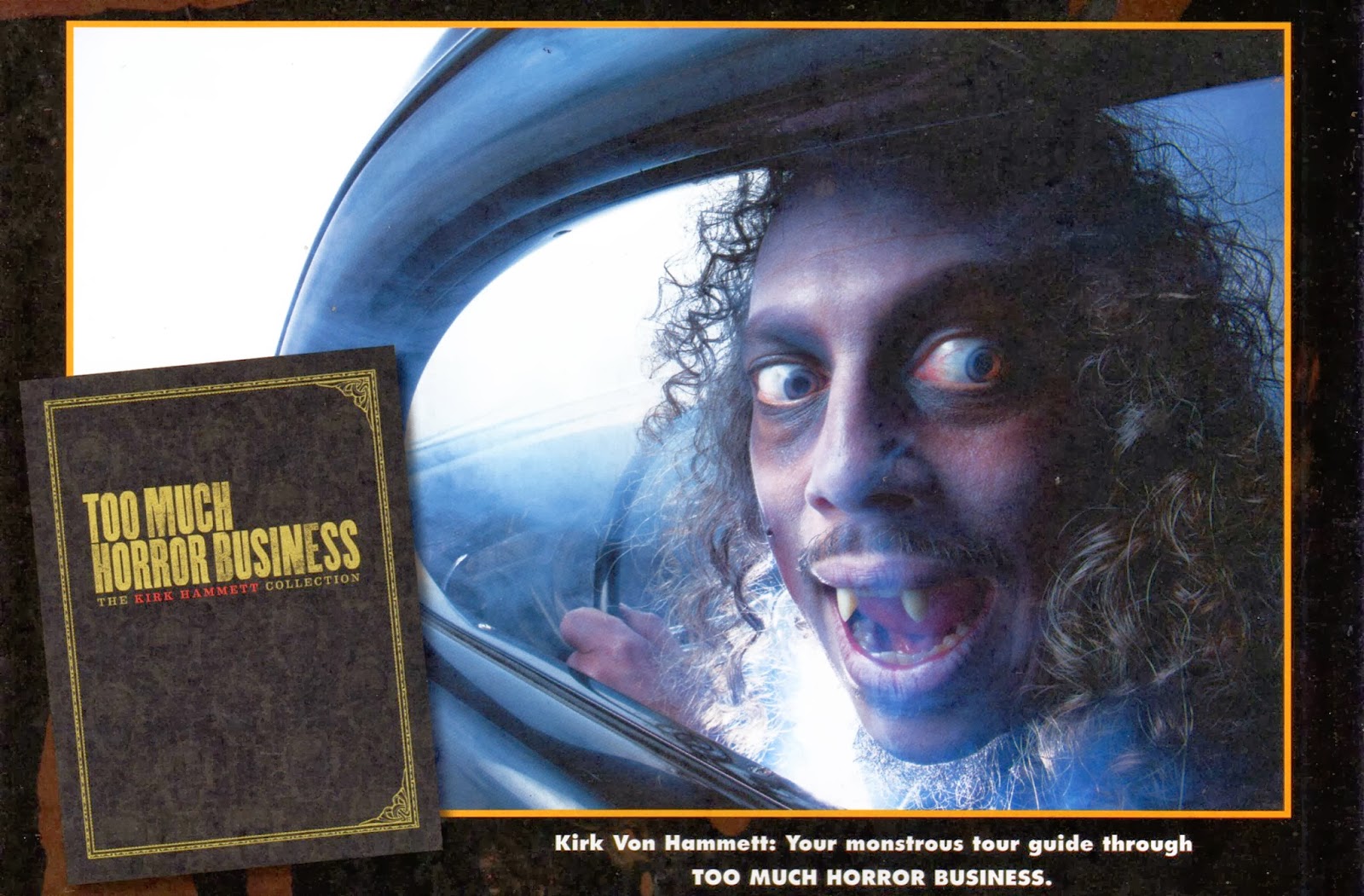 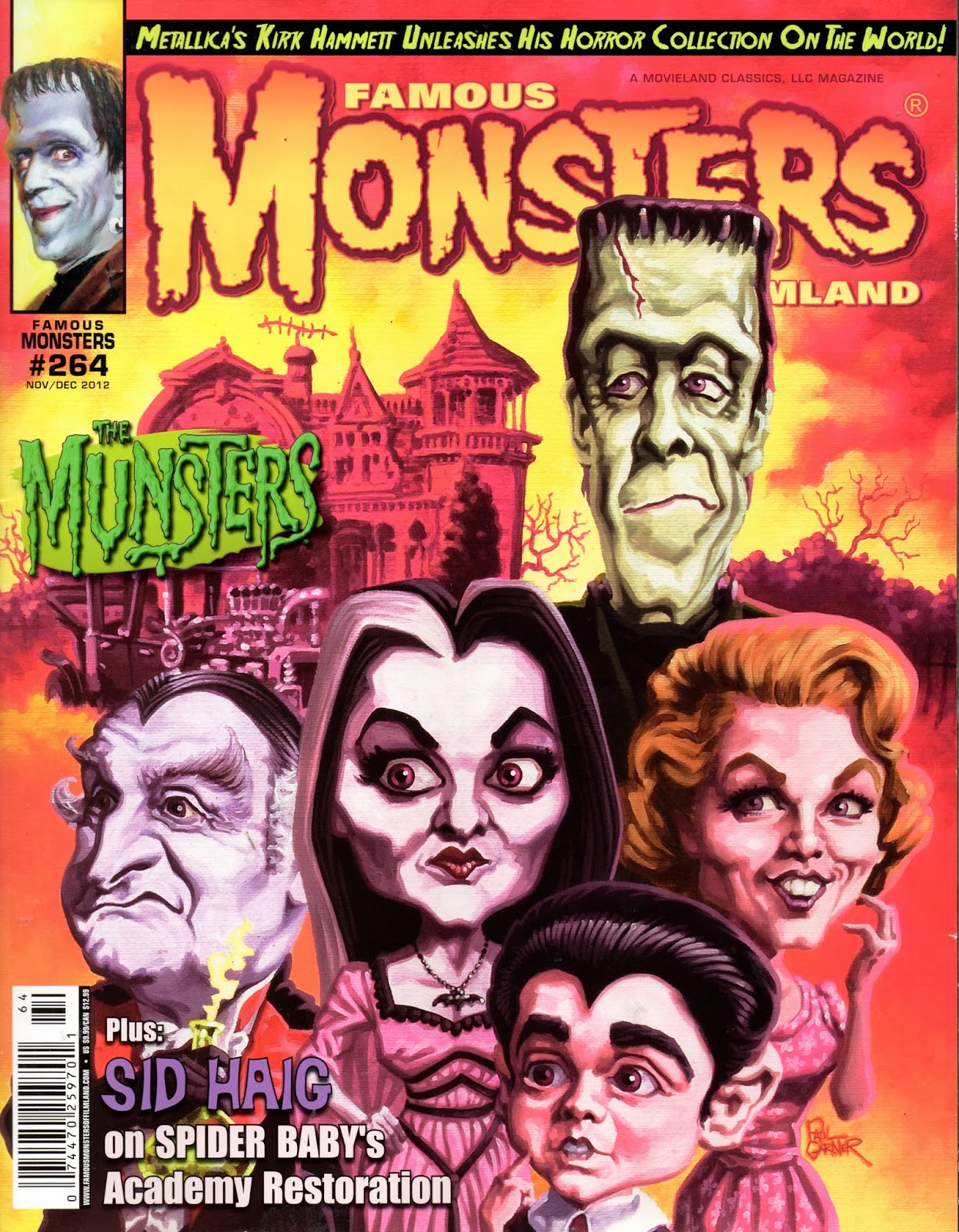 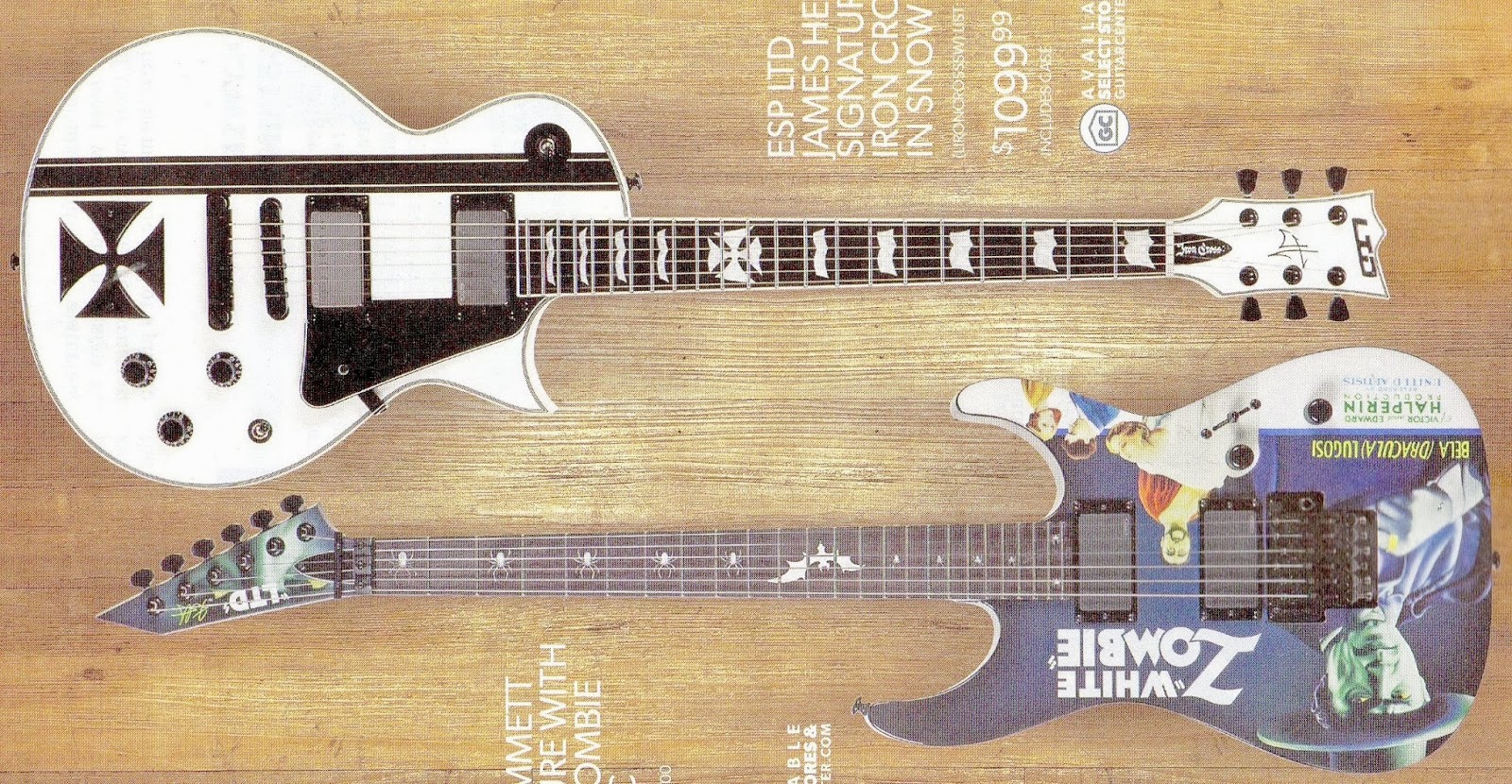 Posted by Joe Tell's Music Blog at 6:09 AM No comments: Links to this post 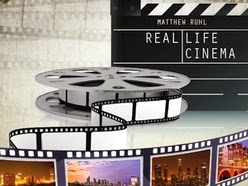 I must mention Matthew Ruhl's "Real Life Cinema" (RLC) first. If you're into emo-music then this is the local CD you should check out.
I'm not particularly into emo-music but I appreciate the singer songwriter alone with his acoustic guitar musical sound that dominates RLC. The first track, #1 Guy 4 2nd Place, includes a cool, lead guitar solo. The vocals and guitar of "Atticus Endure" is backed by an awesome egg-shaker track.
The guitar intro for "A Life Shaped By Pain" is great, this is my fave track on RLC.
Matthew Ruhl can be found on the Facebook.
I've included a description of Emo-Music, courtesy of wikipedia, for those of you who aren't into or aren't particularly familiar with emo-music.
Emo is a style of rock music characterized by melodic musicianship and expressive, often confessional lyrics. It originated in the mid-1980s hardcore punk movement of Washington, D.C., where it was known as "emotional hardcore" or "emocore" and pioneered by bands such as Rites of Spring and Embrace.
As the style was echoed by contemporary American punk rock bands, its sound and meaning shifted and changed, blending with pop punk and indie rock and encapsulated in the early 1990s by groups such as Jawbreaker and Sunny Day Real Estate. By the mid-1990s numerous emo acts emerged from the Midwestern and Central United States, and several independent record labels began to specialize in the style.
Emo broke into mainstream culture in the early 2000s with the platinum-selling success of Jimmy Eat World and Dashboard Confessional and the emergence of the subgenre "screamo". In recent years the term "emo" has been applied by critics and journalists to a variety of artists, including multiplatinum acts and groups with disparate styles and sounds. 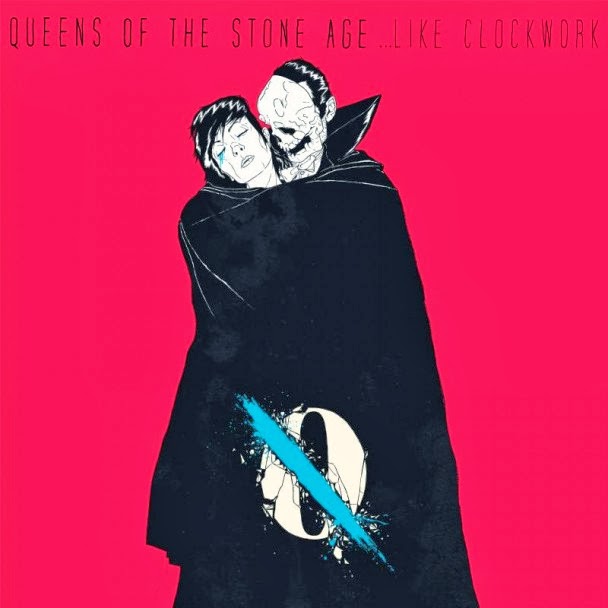 I've always been a big fan of the Queens Of The Stone Age. (QOTSA)
"...Like Clockwork" (...LC) is their latest release and it rocks out in the hard, nu-metal style the Queens enjoy to employ while rocking out. I was first introduced to ...LC on mainstream radio.
"My God Is The Sun" is a good song but the song that really peaked my interest was "I Sat By The Ocean".
There are many memorable, musical highlights as well as alot of weird sounds on ...LC so I decided to write a couple of words about ...LC for you.
Shattering the silence at the beginning of ...LC is the sound of breaking glass. The weird intro caught me off guard and it sounded like the intro of a horror movie for a second.
The mid-tempo groove of "Keep Your Eyes Peeled" builds up a fair amount of tension before the band lets loose @ 3:10. The dirty, bass sound carries this song along nicely.
There alot of better songs to come and the 1st song sets the mood for the rest of the CD.
"I Sat By The Ocean" is a fairly melodic, hard rock song. The sliding, guitar lines make this song sound unique and different, even though it's just an electrified, slide guitar. The chorus seems to rise and fall and after a couple of listens the melody of the chorus lingers in your brain. The cool chorus hooked me immediately, seemingly brainwashing me into wanting to hear this song over and over again...
Once I got over this great song, the urge to hear the rest of the CD grew stronger every time I heard one of the songs played on the radio.
"The Vampyre Of Time And Memory" reminds me of Pink Floyd.
"If I Had A Tail" is a great song that has a funky, guitar groove. The ending sounds creepy.
"My God Is The Sun" is classic QOTSA. The beginning is heavy and fast and it breaks down into a distorted bass and drums groove before the vocals kick in. The chorus is fast and heavy.
The beginning of "Kalopsia" is spooky. The verses slow tempo and uptempo 'chorus' is another Queens classic song twist that makes listening to the Queens music very interesting.
The next 2 songs have very cool intros.
"Fairweather Friends" starts off with a vocal sample which leads into a metallic, guitar intro which then leads into a vocal/guitar verse which leads into the main part of the song.
"Smooth Sailing" sounds like it starts off with someone touching the end of a plugged in guitar cord. This sound is looped which dictates a tempo that continues into the main part of the song.
The title track also sounds like it was influenced by Pink Floyd.
If you're a fan of QOTSA this is a must have.
Special Thanks to Rob from All Music & All Bands. 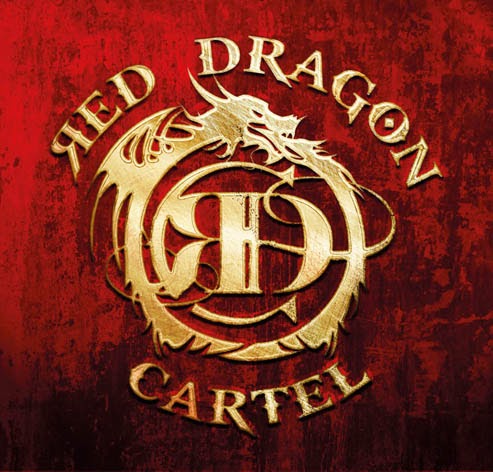 Next up is Jake E. Lee's latest musical effort "Red Dragon Cartel". Jake first came to prominence when he played with Ozzy on the albums Bark at the Moon and The Ultimate Sin. Then came Badlands which achieved moderate success with it's 3 full length releases. 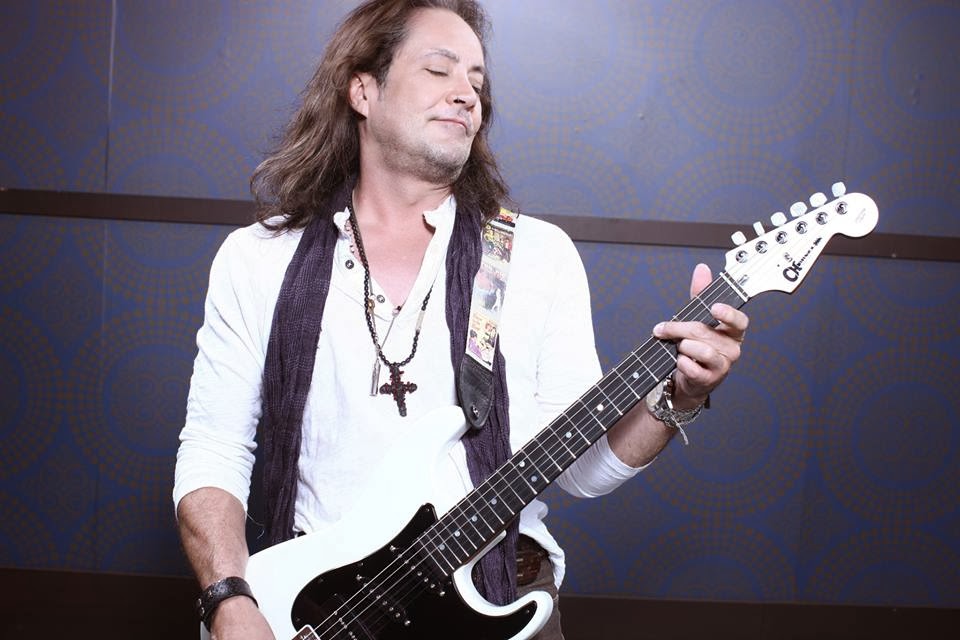 Jake sounds like he hasn't missed a beat, all the tracks have excellent lead and rhythm guitar performances.
The main vocalist on the CD is Darren James Smith but a few guest vocalists' appear on the CD making the music that much more interesting to check out.
Standout tracks include "Feeder" which features Robin Zander on vocals. The bass track sounds like it was played by a guest bass player but I can't find out who it was played by on the web. 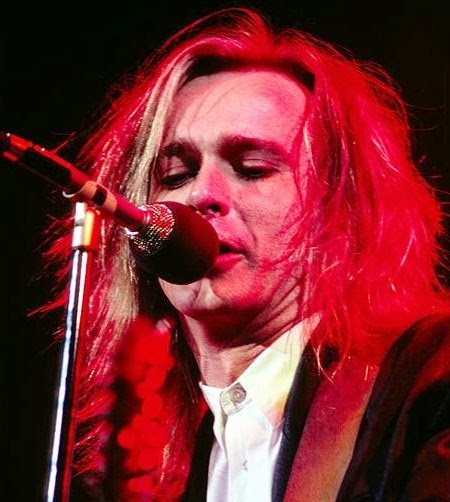 "Wasted" features one of my favorite metal vocalists', Paul Di'Anno. The hard, metallic song is brilliant, it sounds like an updated version of the classic metal style. It's great to hear Paul Di'Anno again. The Di'Anno/Lee combo is a metal lover's dream and the song doesn't disappoint. 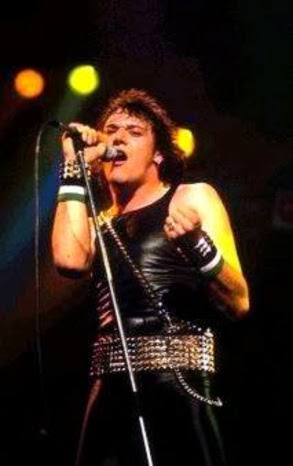 may or not be continued...

Posted by Joe Tell's Music Blog at 8:47 AM No comments: Links to this post 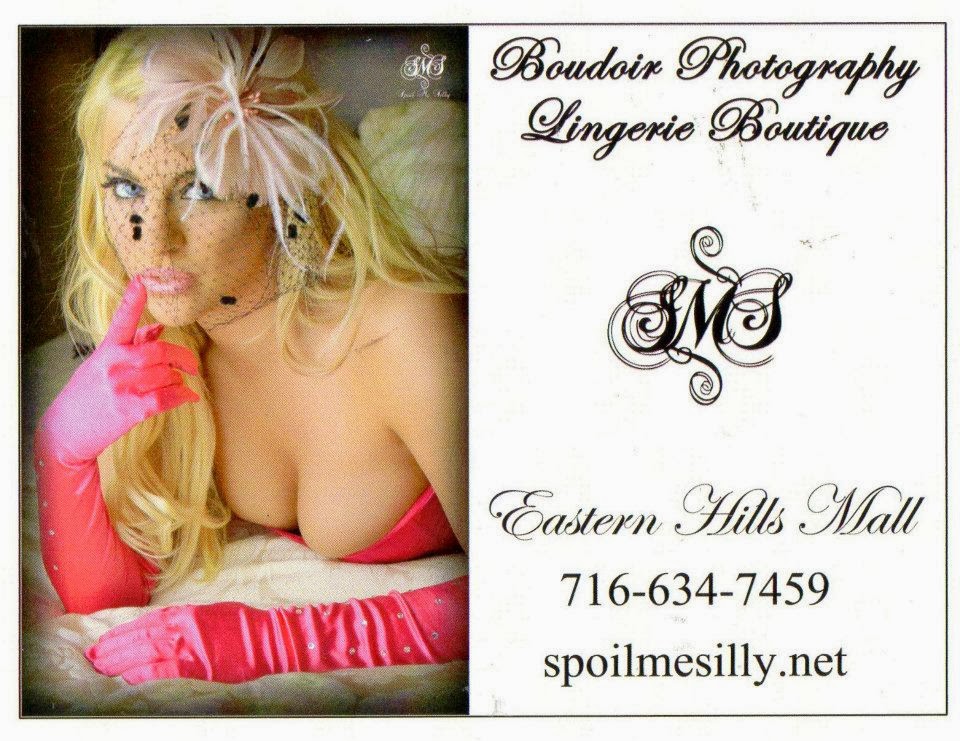 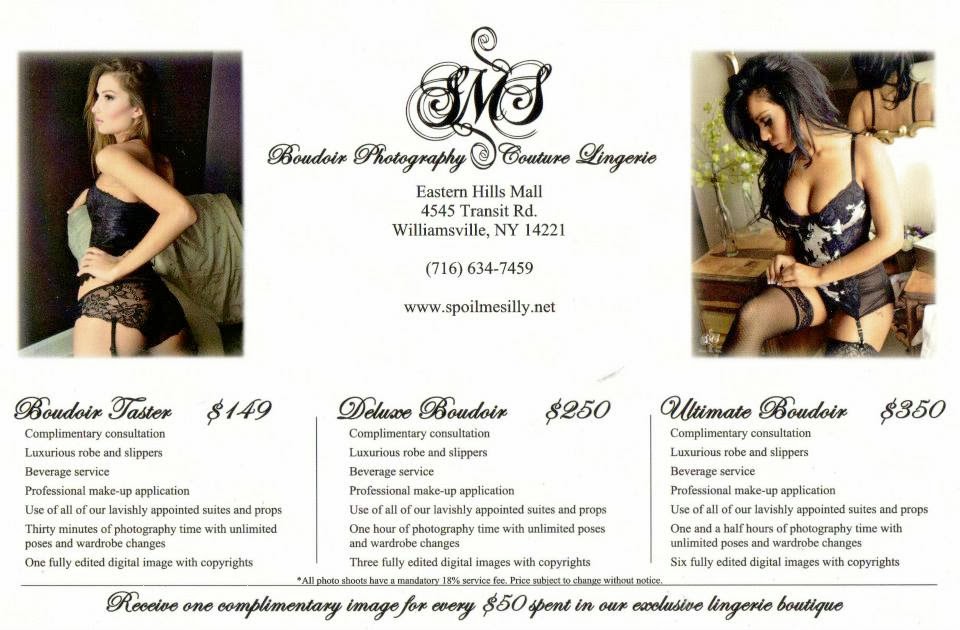 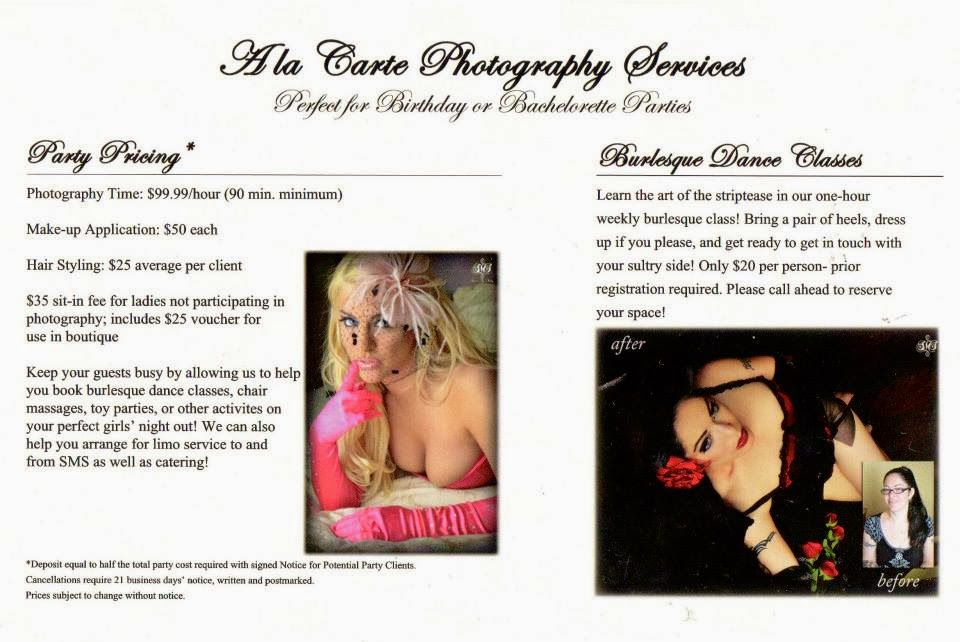 Thank You to SPOIL ME SILLY for sponsoring the special KISS THIS! Valentine's day show.
Spoil Me Silly donated a gift package to giveaway at the show. 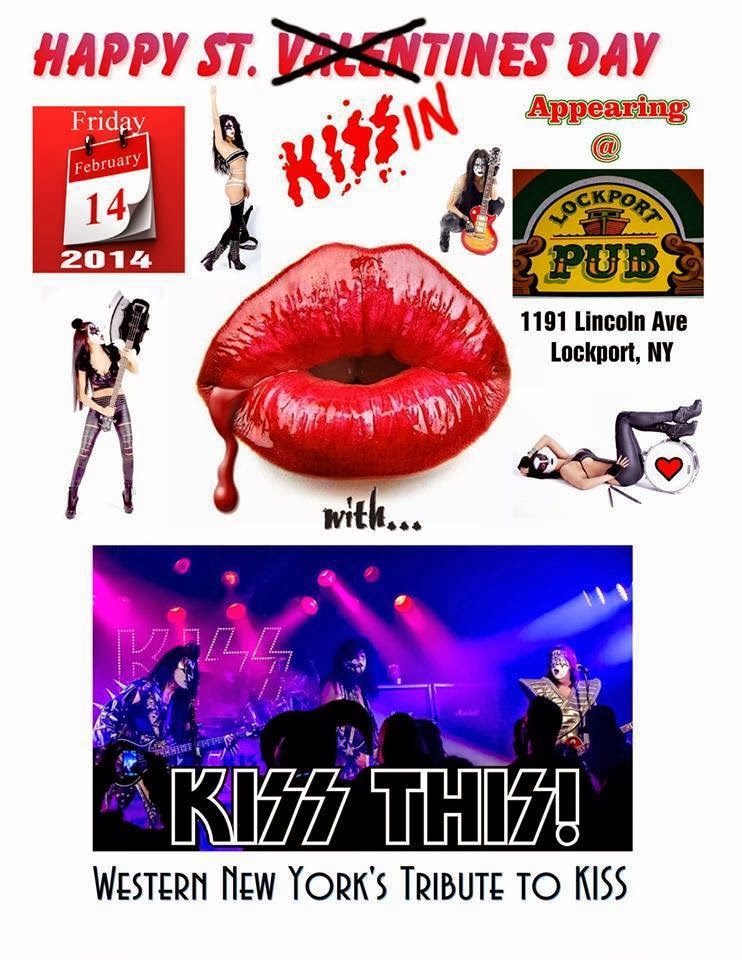 Unbelievably, the gift package went to a man which I thought was silly in itself.
Posted by Joe Tell's Music Blog at 7:53 AM No comments: Links to this post 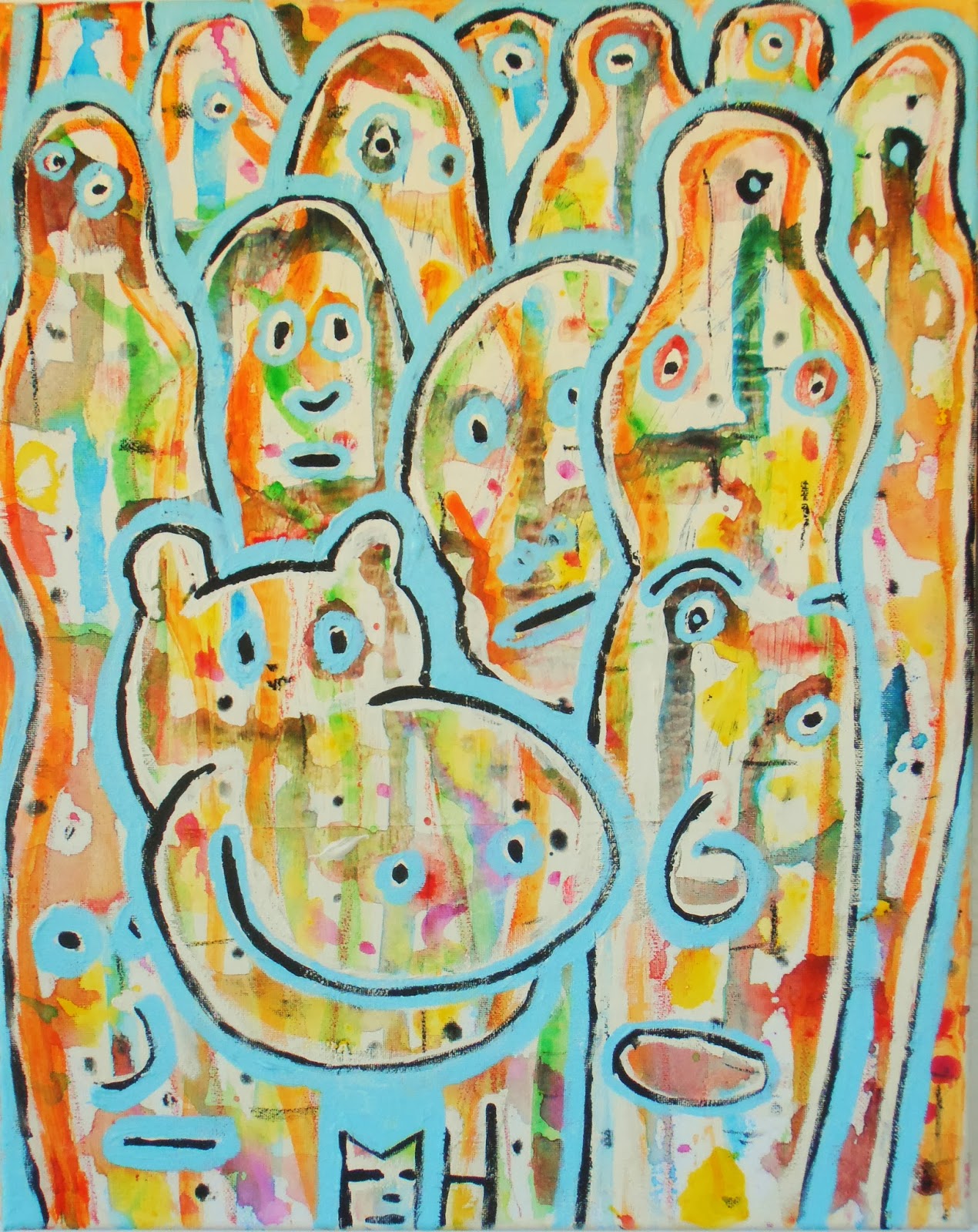 Hope to see everybody there:
Chris McGee

Posted by Joe Tell's Music Blog at 7:35 PM No comments: Links to this post 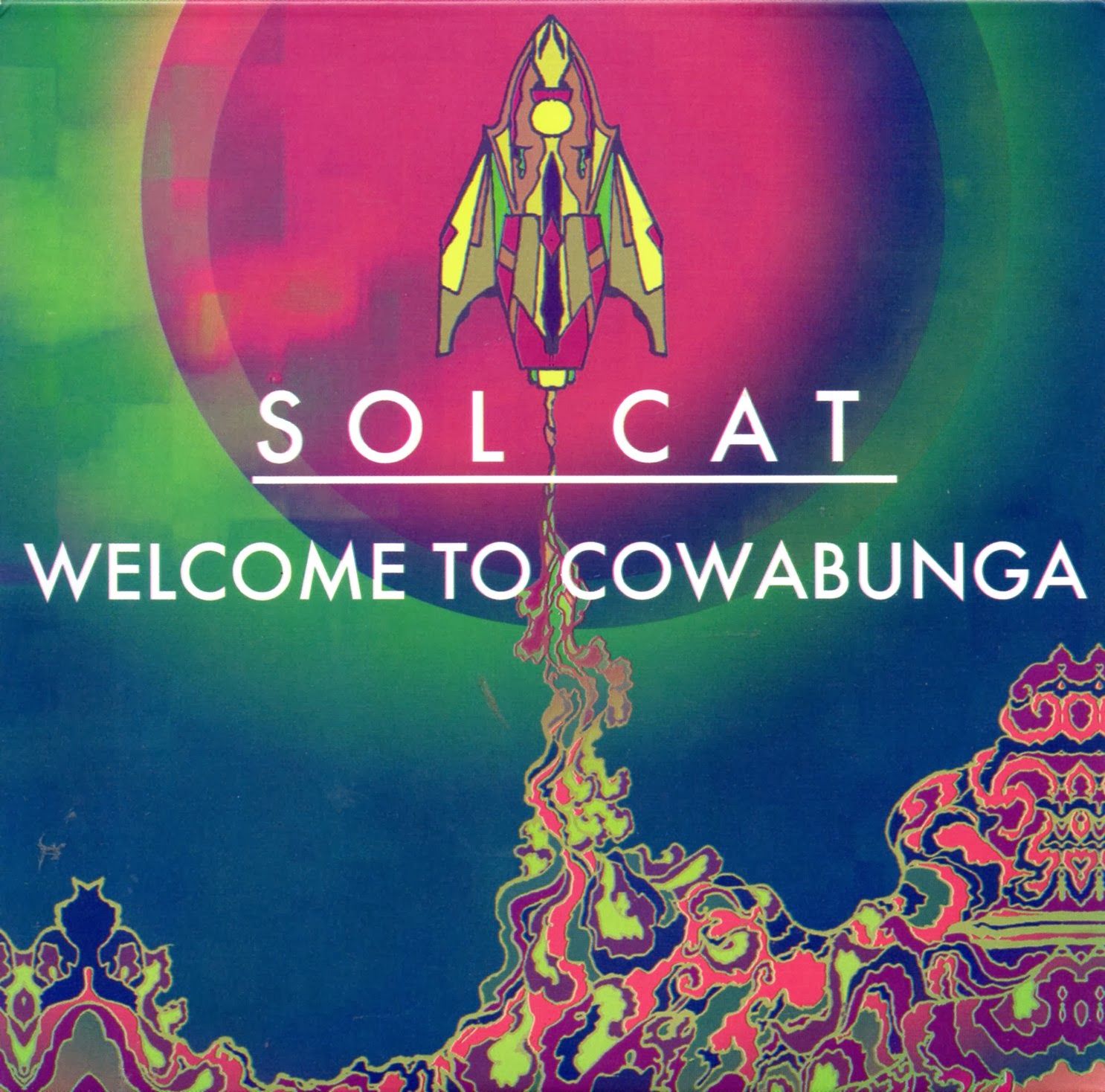 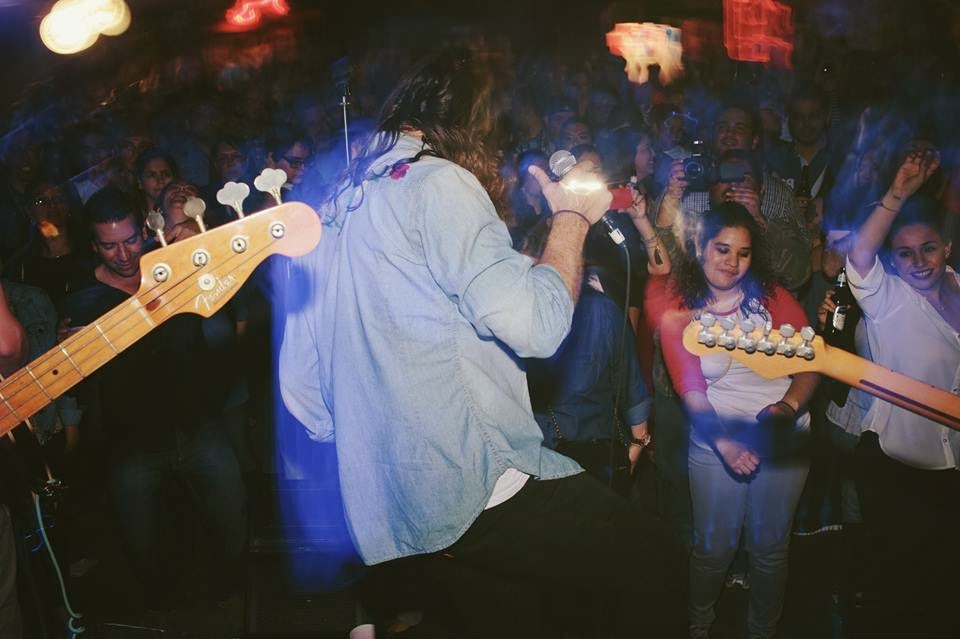 Sol Cat: Welcome To Cowabunga EP review.
Ups And Downs starts off with a cool, spacy, hypnotic keyboard part... I hear similarities to Radiohead right away. Once the lead guitar kicks in and the aggressive sounding bass guitar starts the sound is similar to Yes but the comparison stops when vocals continue on. The vocals sound unique and the phrasing completes the new, groovy sound the band jams on. The bass guitar is distorted and out front for this song which adds alot of depth and musicality to the opening track.
Whats Wrong With That? is more of a straight ahead, alternative rock song. The vocals are kinda laid back which adds to the groovy feel of the song. There is a remote similarity to Muse on this song.
Keep Your Heat is a melodic, keyboard driven song. The song takes a turn into a louder, all out jam near the end. The melodic beginning makes the ending sound bigger and brighter.

I must say I dig Sol Cat's sound, the overall sound is fresh and unique and going forward I think Sol Cat has alot of potential to make some good music in the future. 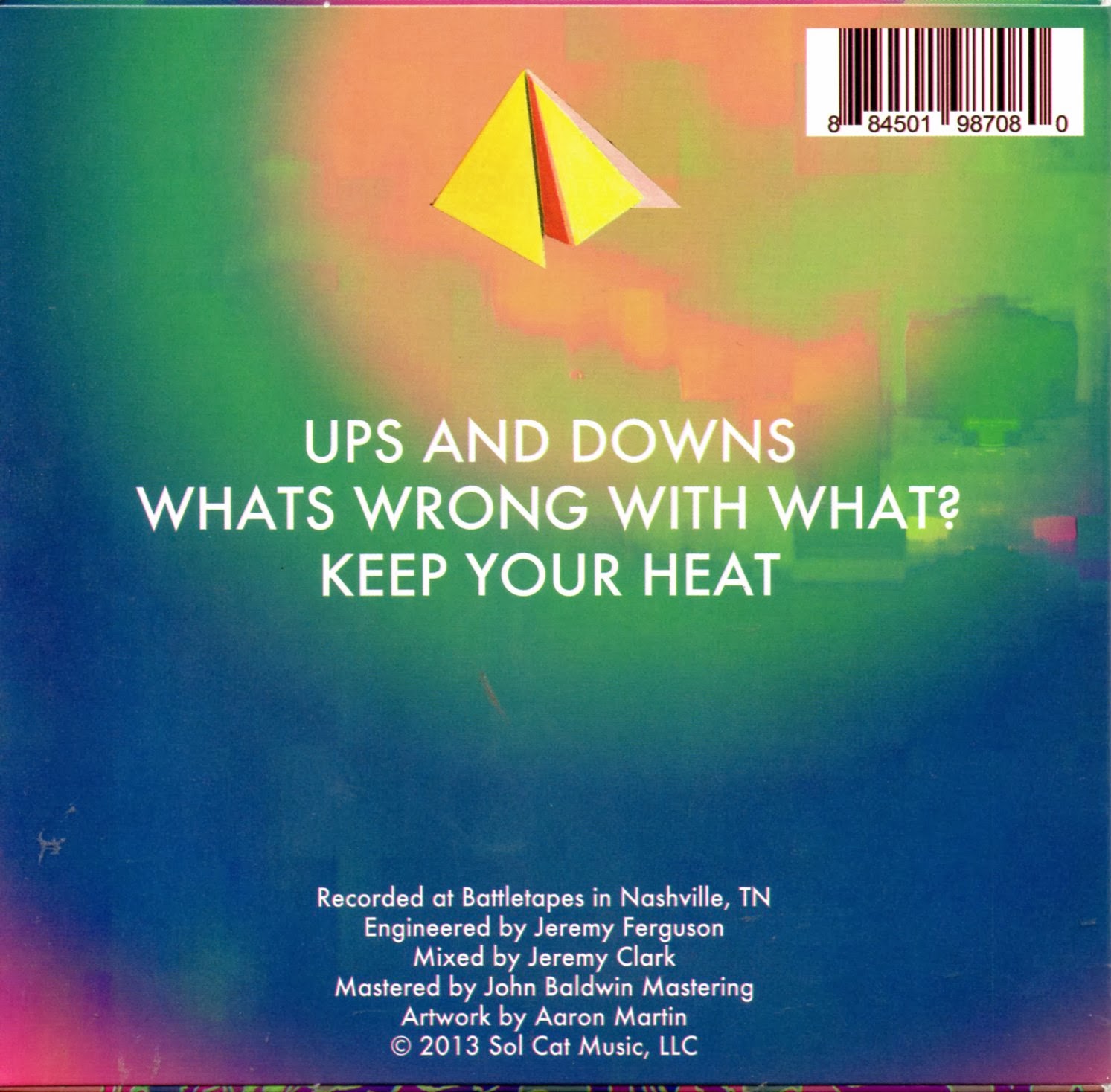 Posted by Joe Tell's Music Blog at 4:48 PM No comments: Links to this post 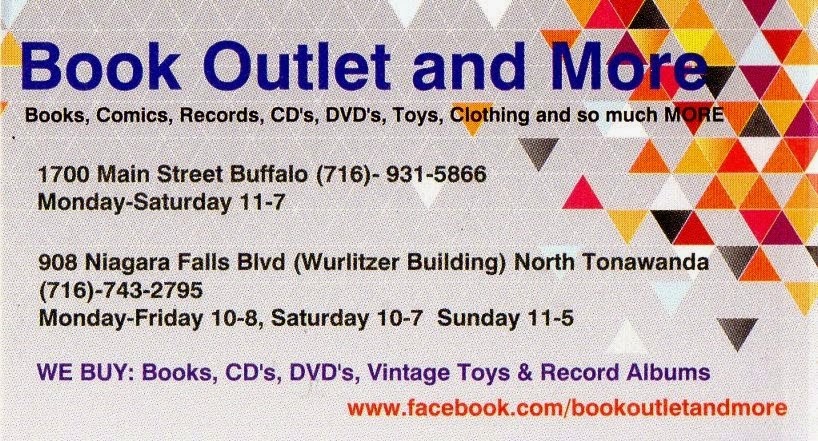 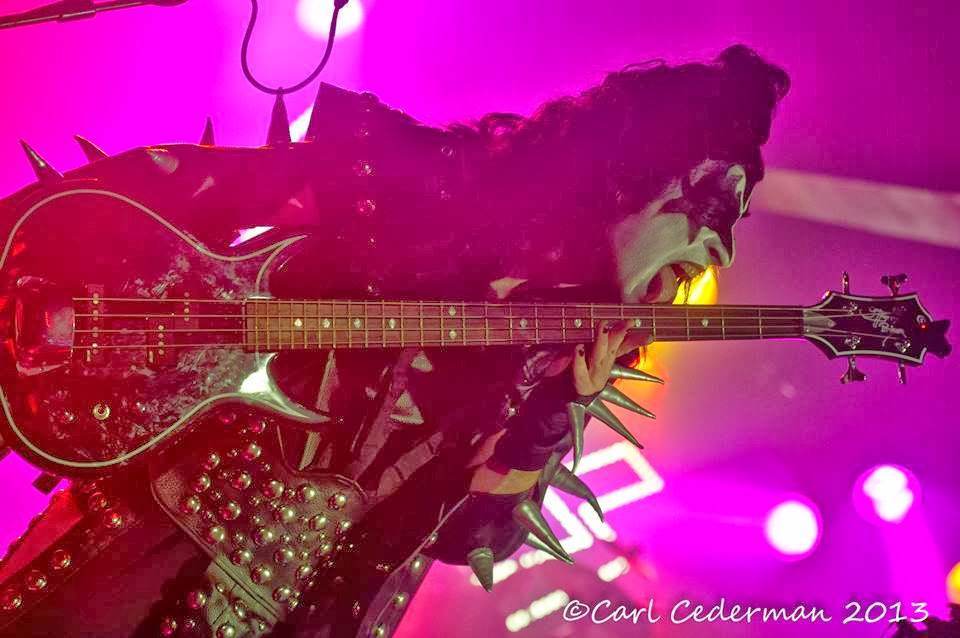 The Book Outlet and More donated a KISS Psycho Circus action figure to give away at the KISS THIS! Valentine's Party.
Posted by Joe Tell's Music Blog at 6:50 PM No comments: Links to this post