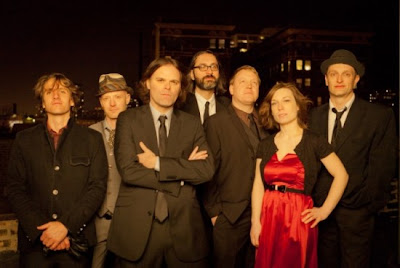 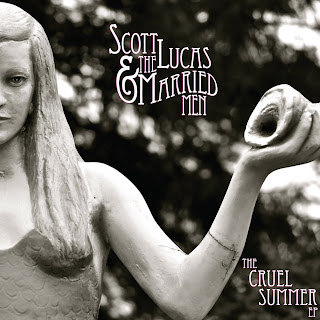 Scott Lucas & the Married Men will release The Cruel Summer EP on June 25th. The five-song EP will be available on limited-edition 7” vinyl and digitally via The End Records. The EP is the follow up to the band’s sophomore album, Blood Half Moon, released last June.

The Married Men kick off a spring tour next week, opening for Empty Mansions, the new band led by Interpol’s Sam Fogarino and featuring Duane Denison (The Jesus Lizard, Tomahawk) and Brandon Curtis (Secret Machines). Dates begin 4/24 in Washington, DC and include two NYC shows on 4/26 and 4/27. A hometown show is set for 5/1 at the Empty Bottle in Chicago (full itinerary below).

The Cruel Summer EP was inspired by the Married Men’s experience playing the title track as part of the A.V. Club’s Undercover Summer Break series last summer. The band was asked to choose a classic summer song to cover and decided to reinterpret the sweet pop of Bananarama’s “Cruel Summer” as melancholy metal. They played it live at Novelty Golf on Chicago’s northwest side. You can watch their original take on it here: http://www.avclub.com/articles/scott-lucas-the-married-men-cover-bananarama,83709/. The track was re-recorded this past winter at Million Yen Studios with producer Andy Gerber for the EP.

“When they asked us to choose a summer song - I was like, Bananarama. Absolutely. No question,” Lucas recounts. “Maybe it's because I love Elisabeth Shue. I don't know.”

“Cruel Summer” will be on side A of the 7” record. The new song “Never Better,” a master class in dynamics that sees Lucas wearing his heart on his sleeve again, will be the B-side.  A cover of the story song “Coward of the County” (best known as a Kenny Rogers song) and stripped down, violin and acoustic guitar versions of two Married Men songs from Blood Half Moon round out the digital version of the EP: “Heavy Lidded (Acoustic) Love” and “There You Are (Again).”  The entire five-song EP will be available at all the usual download and streaming sites. Fans who purchase the limited-edition 7” vinyl record will get a code to download all the songs, too.

“The covers are fun and all - but what we're really excited about is the new track,” Lucas says. “I wasn't prepared to like it this much.”

“The format is cool because it can be both an EP AND a seven inch single,” he explains. “So, the EP is like a supplement to Blood Half Moon, but the single can stand on it's own, apart from the record.”

For Scott Lucas' solo records, he plays with a collective of musicians -- the Married Men -- which sometimes numbers as many as seven and includes violin, organ and accordion. Reviewers have compared the band to American Music Club, Wilco, the Waterboys and Nick Cave. Lucas calls the group’s evolving sound "country-ish, alt-rock for people who like metal."  Greg Kot of the Chicago Tribune listed their current album, Blood Half Moon,  in the top 10 indie releases of 2012. The band toured with Deer Tick last summer and has played shows with James Iha, Kelly Hogan, Tristen, the Airborne Toxic Event and others in the past year.

Posted by Joe Tell's Music Blog at 1:24 PM No comments: 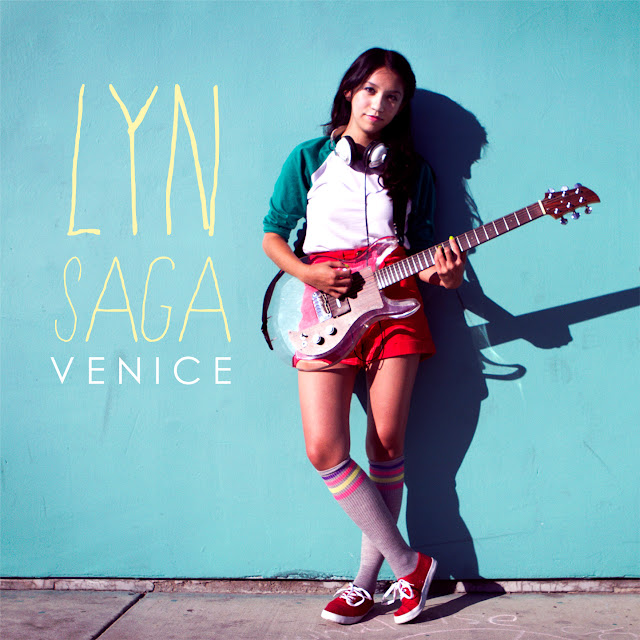 With Lyn Saga's eclectic mix of powerpop and alt-rock tunes, it's no surprise that her popularity is growing by the second, and with her newest single "Runaway" it's bound to get even bigger. With her recent debut EP, "Venice" getting airplay on major college radio stations, among that long list are Denver's KRCX, Brooklyn's WBCR, and Boston's WECB; they're all lining up to give her scorching guitar playing and unaffectedly honest lyrics a chance to be heard. "Runaway" is a drifting and effortless rock track, with heavy chorus' mingled with laid-back versus about wanting to get out of the situation you've been put in. Saga's strengths show themselves so clearly on this track that's ample sound is full of layered harmonies and swaying melody, her guitar playing builds with the rest of the song to become the very centerpiece of the melody as it reaches the climactic bridge. It has something of an old school, 1950's barbershop vibe to it that sets it so far apart from everything else on the radio, forcing it to stand out in the best way. There's one thing that is undeniable about Lyn Saga, she has an ear for the unique and fearlessly tackles it on each and every song. Be sure to give "Runaway" a listen. 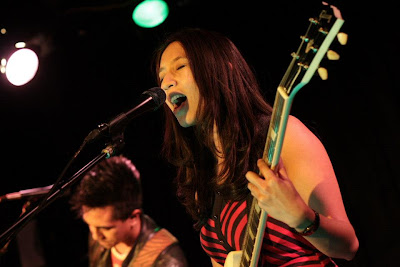 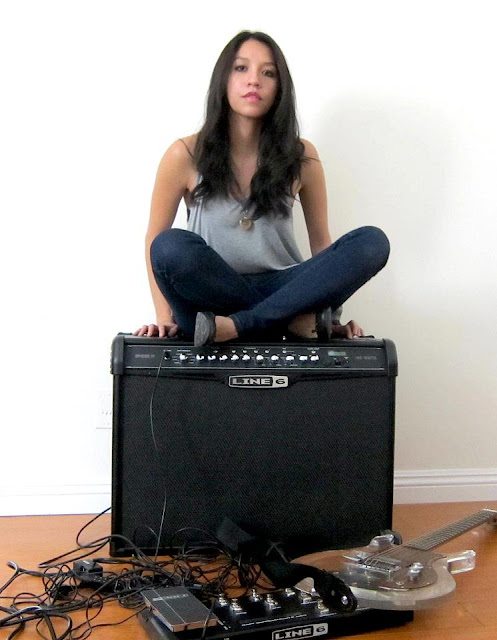 Beyond The Illusion - Labyrinth of the Mind 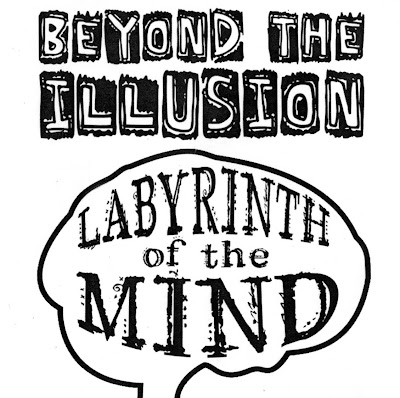 Beyong The Illusion - Labyrinth of the Mind CD cover. 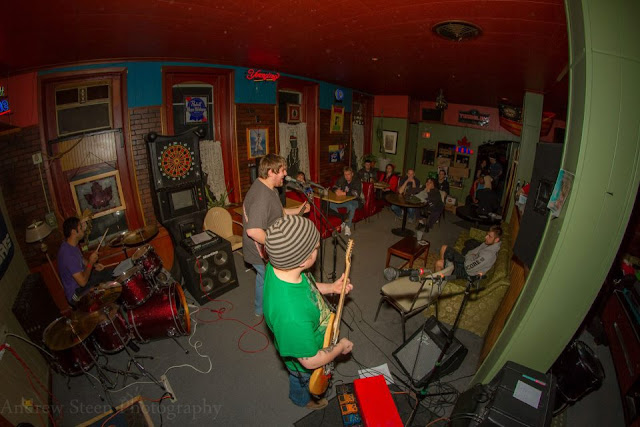 Beyond The Illusion EP release party photo from Stamps. 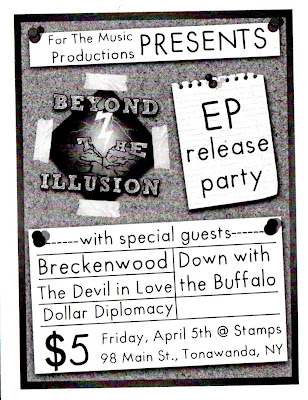 Beyond The Illusion can be found on the Facebook.
Posted by Joe Tell's Music Blog at 11:16 PM No comments: 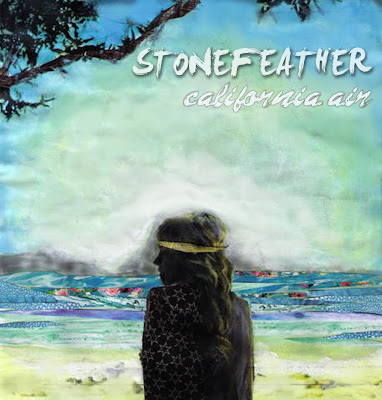 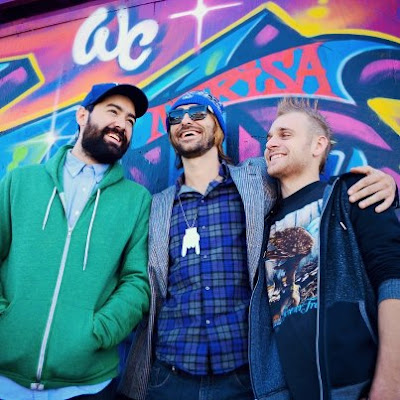 
Thank You Dave!
Posted by Joe Tell's Music Blog at 1:57 PM No comments: 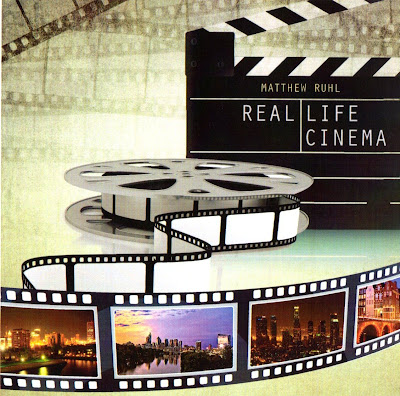 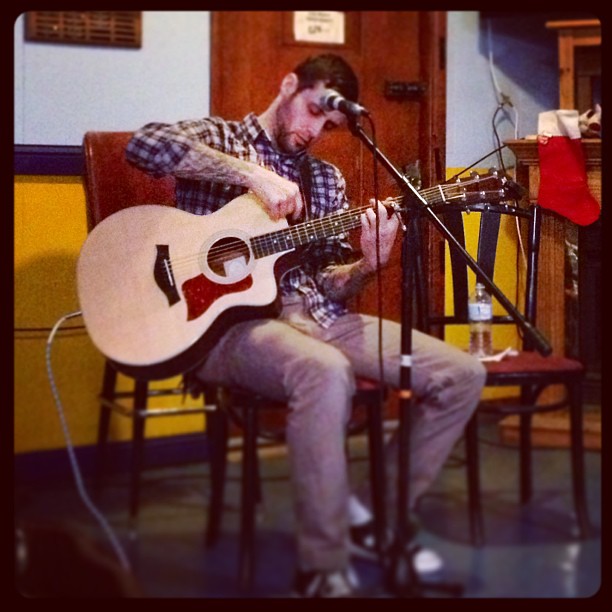 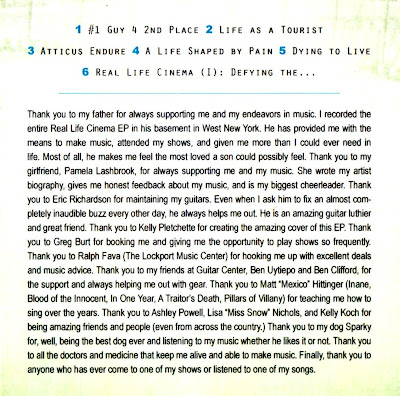 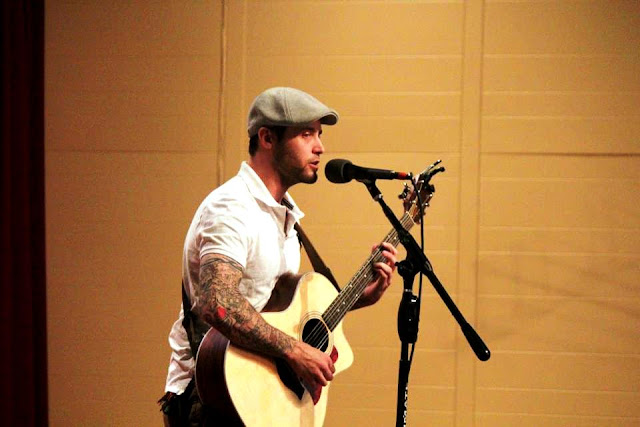 Thank You Matthew!
Posted by Joe Tell's Music Blog at 11:55 PM No comments: