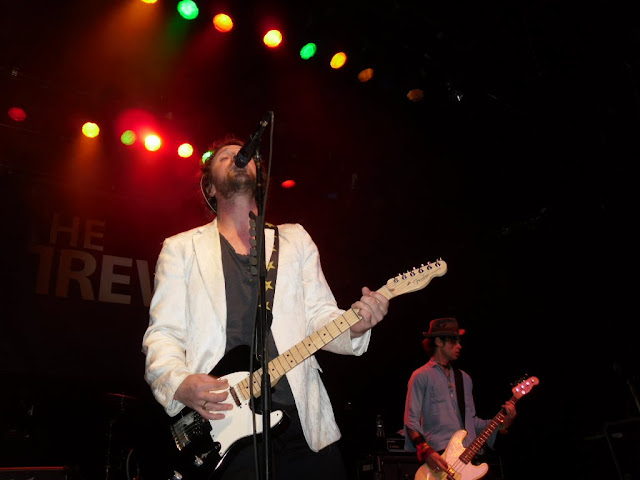 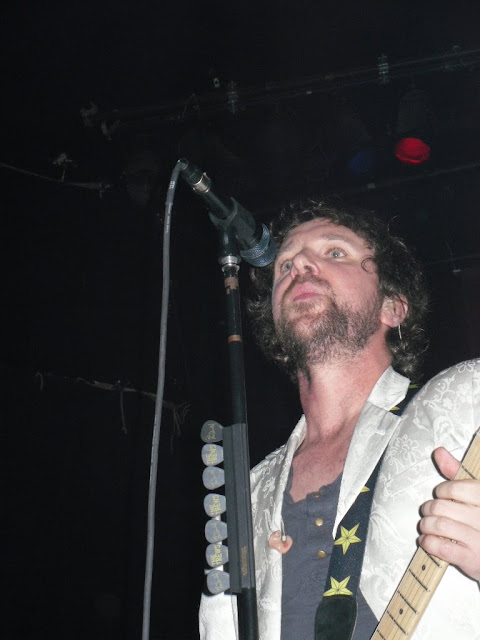 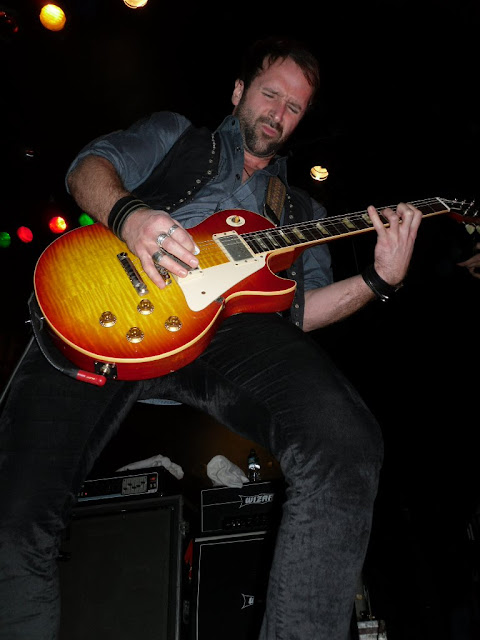 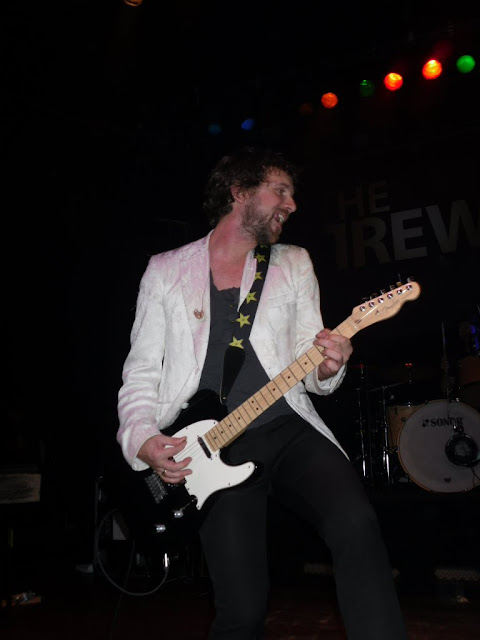 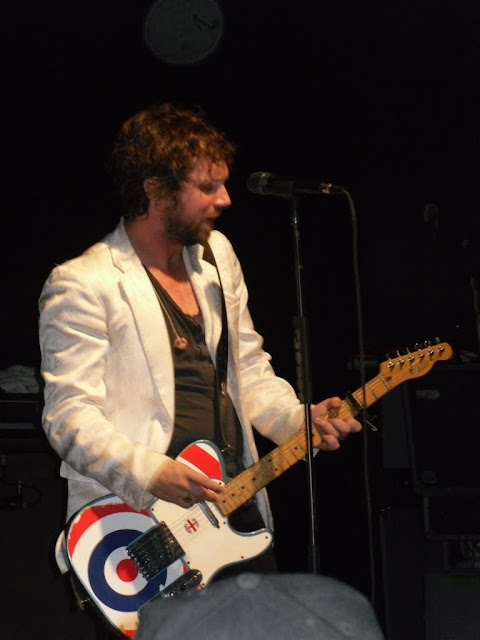 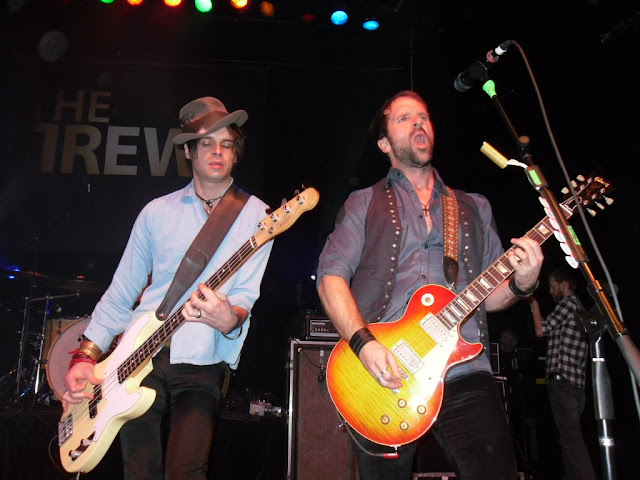 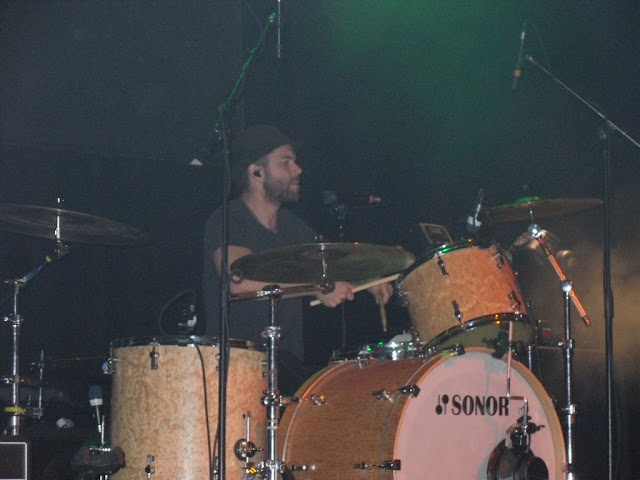 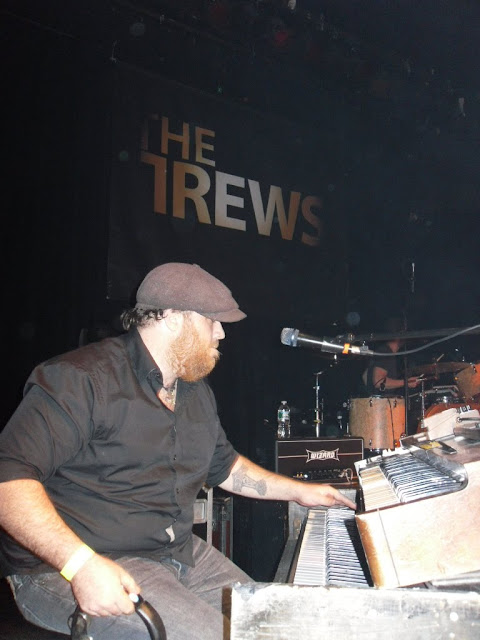 The Trews newest member, Jeff Heisholt on the keys. 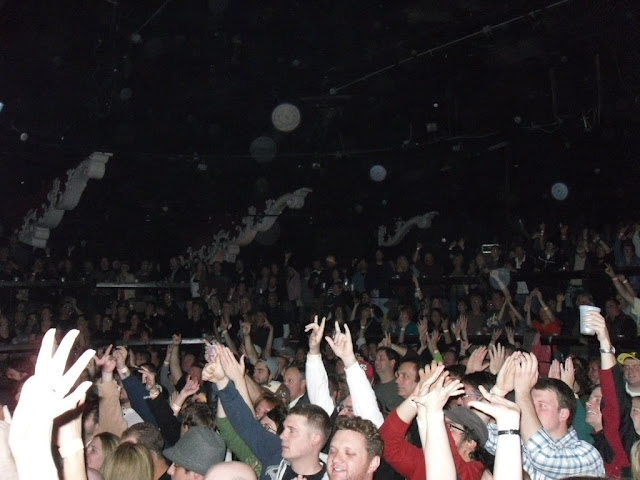 Here's a shot of the Trews audience...excitement is in the air! 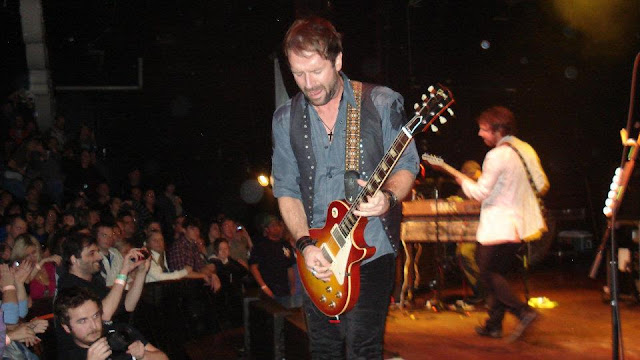 That's me taking photos @ The Trews show, between the crowd barrier and the stage.
Special Thanks to Jay Andreef for uploading this pic via his Facebook page. 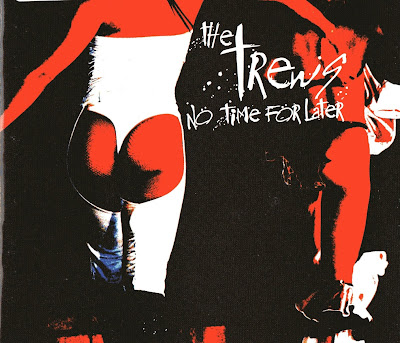 The Trews "No Time For Later" 2008 CD cover. Highlights include "Be Love", "Paranoid Freak", "I Can't Stop Laughing", "Hold Me In Your Arms" & "Burning Wheels".
Highly Recommended! 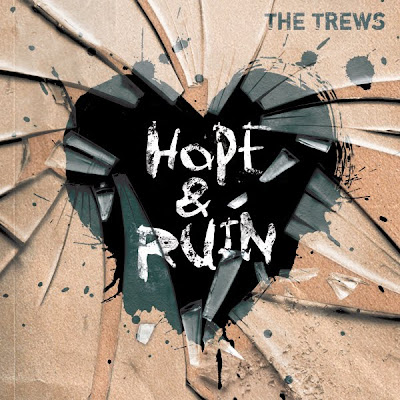 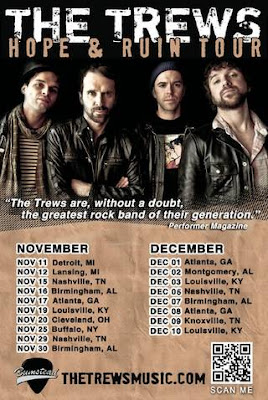 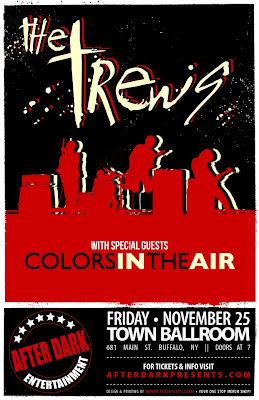 First off I'd like to Thank The Trews for inviting me to their show @ The Town Ballroom and providing me with a photo pass. I've never been to The Town Ballroom before and I must say it's a great venue to see a rock show! Great rock club vibe. All the sightlines are excellent and the giant video screens showing the band are a nice touch! Experiencing The Trews for the first time in Buffalo at The Town Ballroom was awesome, to say the least!


For those of you out there who don't know who The Trews are (Where have you been?...JK!) you will soon! The Trews are a tried and true rock and roll band from Niagara Falls, Canada who are blazing a rock trail to greatness with every show they play. No music samples or loops here, just five musicians singing and playing their hearts out. The Trews play rock and roll like it should be played, with conviction, talent, power and lots of volume. The near capacity crowd in the T.B. loudly welcomed the band, enjoyed every single note they played and cheered on the band for the entire show. The Trews could do no wrong and their catchy songs whipped the crowd up into a rock and roll frenzy! The Trews provided an exciting, unforgettable rock and roll experience for all those lucky enough to be in attendance.


The Trews opened the show at The Town Ballroom with the uptempo song "Misery Loves Company" from their latest album "Hope & Ruin". Next came the crowd pleasing radio hit "Not Ready To Go" from their debut album "House of Ill Fame". The set also included "So She's Leaving", "Paranoid Freak" and the acoustic ballad "Sing Your Heart Out". "Love Is The Real Thing" included a segue way into the famed Elvis song "Suspicious Minds". "Highway Of Heroes" was a salute to our soldiers followed by "I Can't Stop Laughing" and "Tired Of Waiting". The encores "Ishmael And Maggie" & "Yearning", which also included a segue way into the classic song "Stand By Me", closed out the show.


The Trews play catchy, hook driven, hard driving rock music. One or two listens to The Trews music and you're singing along with the chorus. The Trews write the kind of melodies that stick in your head long after you're done listening to the music. The Trews consist of vocalist/guitarist Colin MacDonald, guitarist John-Angus MacDonald, bassist Jack Syperek, drummer Sean Dalton and the latest addition, keyboardist Jeff Heisholt.


A Very Special Thank You to Mary, Jay & The Trews!!
Posted by Joe Tell's Music Blog at 6:19 PM 1 comment: Links to this post